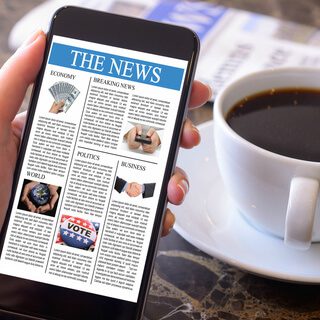 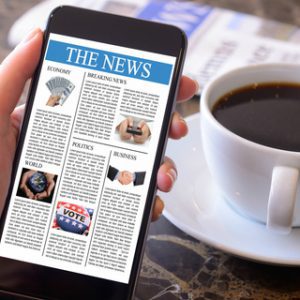 On the morning of December 10, 2016, more than a month after winning the election, President-elect Donald Trump tweeted, “Reports by @CNN that I will be working on The Apprentice during my Presidency, even part time, are rediculous & untrue – FAKE NEWS!”

dAs it happens, the news stories were not fake. Two days before that tweet, Variety reported, in an exclusive, that the president-elect would keep his role on The Apprentice as its executive producer.

While the CNN report turns out to be accurate – that is, it was based on a legitimate, verifiable news story – the president-elect’s tweet reminds us of a growing concern: how easy it is to fabricate and spread false information on the Internet. Fake news can, and does, do serious damage to online reputations.

Fake news reports may have influenced the outcome of the 2016 Presidential election. “I think Trump is in the White House because of me,” a man named Paul Horner told the Washington Post, not long after election day. Horner is a satirist who makes a living by posting fake news to Facebook and other social media channels.

As the election primaries ramped up, many of Horner’s fake news stories focused on then-GOP frontrunner Trump. He tailored them to appeal to Trump’s base: false stories like President Obama banning the National anthem at sporting events. Horner says he thought it was obvious they were phony, yet they still got traction, in both social media and mainstream news channels. “Nobody fact-checks anything anymore — I mean, that’s how Trump got elected. He just said whatever he wanted.”

Satire uses humor in order to make a point, but there’s nothing funny when the line between real and fake news is blurred. Writer Thom Fladung says the proliferation of fake online news, and the damage it can do to good reputations, suggests we may be “reliving the ‘yellow journalism’ era of the late 1800s and early 1900s,” when fierce competition for newspaper readership led a style of reporting that stressed sensationalism over facts.

Writing on the Money magazine/CNN website, Brian Stelter agreed: the plague of fake news is getting worse. “It’s time for a new rule on the web,” he declared. “Double, no, triple check before you share. Especially if it seems too good to be true.”

But most Internet users don’t double-check before they share, let alone triple-check. And that isn’t likely to change. What happens when you’re caught up in a fake online news story, and the reputation of your business is at stake?

New Balance, the shoe company, had a similar experience – but for a different reason. In reference to the Trans-Pacific Partnership Trade Agreement, a company official said that Trump’s election signaled that “things are going to move in the right direction.” Trump opponents took this to mean the company supported the new President across the board. They were wrong – but they too used social media to call for a boycott.

No one wants to be lied to or lied about. But that is what happens when false news stories, even in the guise of satire, are deliberately posted to Facebook and other social media sites. The problem is compounded many times over when those stories are widely disseminated without double – or triple – checking.

For a business, the consequences of a reputation damaged by fake news are serious:

To make matters worse, fake stories on the Internet can stay there for years to come. They continue to show up in search results long after they’ve been discredited.

Meanwhile, the reconstituted Celebrity Apprentice is set to premiere in early 2017. Although an irritated Donald Trump insisted he is not involved, he had not, at the time of the reports, formally cut his ties to the program, which had done so much to raise his public profile a decade earlier. But the incoming president appears ready to distance himself: spokeswoman Kellyanne Conway said his role in the show was under review for possible conflicts of interest.

Two days after the InternetReputation.com blog team posted this article, the Associated Press reported that Facebook is “taking new measures to curb the spread of fake news” on the social network site.

“We have an obligation to combat the spread of fake news,” said John Hegeman, Facebook’s Vice President of Product Management. He added that Facebook remains committed to keeping the social media site an open platform.

The Associated Press, ABC News, FactCheck.org, Politifact and Snopes are joining with Facebook as fact-checkers to sort genuine news stories from spurious ones.

Facebook will also establish a mechanism that makes it easier for its users to report fake news items. When a suspect item receives enough reports, it will be passed on to the news organizations for review. Those stories that don’t pass muster will be flagged as “disputed,” pushing them lower onto member news feeds.