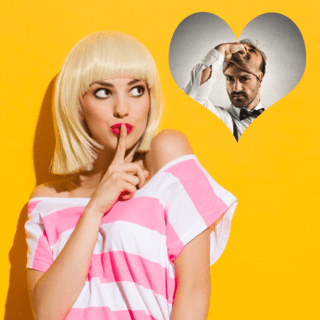 In the first camp were the bloggers that claimed the data was raw, hard to read, and impossible to parse. They thought that the leak would have little to no impact simply because no one would be able to find your data if they looked for it.

In the second camp were the bloggers that suggested that there was no real reputation risk, since the data included was sparse. How much could a name, address, and email address really hurt you?

Here’s the thing.  Web consumers simply love content involving sex and money (that explains the popularity of 1970s shows like Dallas and modern shows like Downton Abbey). The Ashley Madison leak is so dangerous, in part, because it includes both of these factors. To online readers, this is like catnip.

And many companies have pulled together programs that make searching that data really easy. Those sites are sometimes banned or removed, but others come to take their place. It’s just how the web works.

So that means the leak is both easy to parse and potentially devastating. But recovery is possible.

Since there are so many sites out there that let you search for your name, you could find out if you’re included in the leak in just a few quick keystrokes. But I’d use caution.

Most websites track the searches done with their software. That means typing your name or other information about you into a site like this could put a sort of “flag” on your entry. And that could make you vulnerable to another attack in time.

If you ever signed up for the service, you should consider your information compromised. If it wasn’t included in the original leak, or you can’t find it, you might have your data leaked in the future when you don’t expect it.

Rather than searching for information you probably already know is there, it seems wise to simply fess up to the problem and start working on a solution.

The data included in the leak is, in theory, proprietary information that is owned by Ashley Madison. The lawyers that are representing the business are aware of that fact, and they are issuing takedown notices when they see that data referenced.

Can you do the same thing? Probably not. The data you enter on sites like this typically belongs to the site owner, not to you. So if you’re hoping to force people to take your name down, you’ll need to think again.

But what you can do is drown the data out. Remember that you are not the only person included in this leak. By some accounts, there are millions of other people who have all been exposed as active cheaters or potential cheaters.

That means the web is full of stories about people just like you. And you could stand out with a smart content strategy.

Online Reputation Management for you would involve talking up other parts of your life and your interests. You’d start blogging, working on social and otherwise making yourself known. You would create great content, so the nasty stuff is harder to find. And Reputation Management would also involve suppressing and/or requesting the removal of content that could harm you. Those requests are often more effective when they come from a lawyer or a business, rather than from an individual.

So where can you turn for help with all of this? You’re in the right place. We are successfully helping many people to clean up an active or a potential Ashley Madison leak reputation attack. We can help you, too. Call us today at 844-745-6673 for a free analysis and quote.

You are not alone.