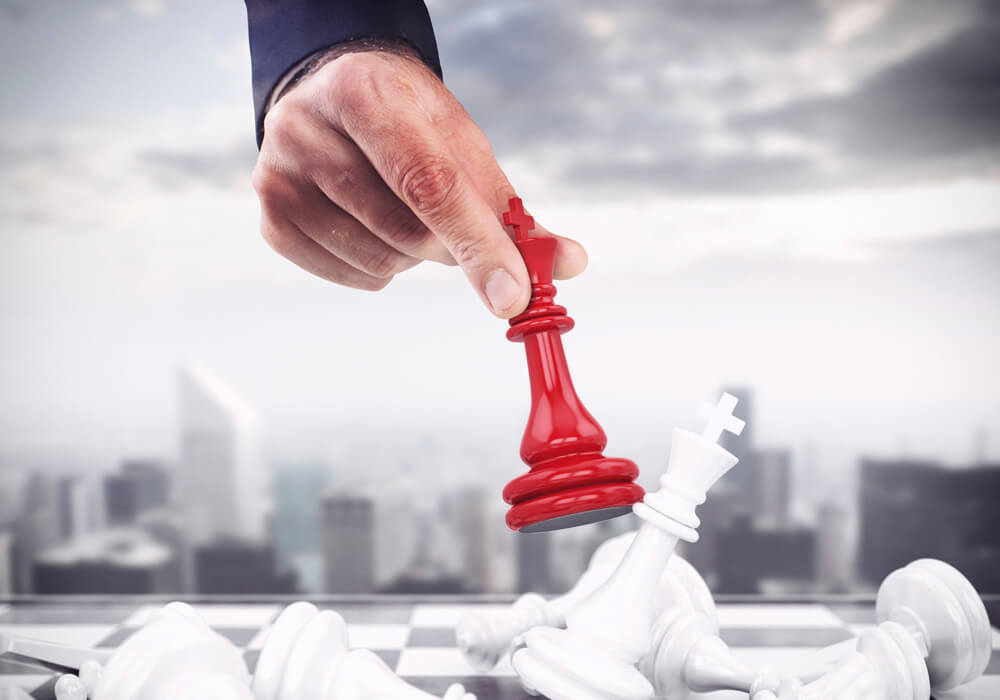 If Barack Obama’s presidency taught us anything about social media, it is that political figures now interact with voters more than ever on the digital landscape. As a result, social media has replaced traditional forms of media among young voters, according to a study by the Pew Research Center.

So how did the candidates perform this year in social media? Depending on the source, you may get different answers; which is why the blog team at InternetReputation.com are being pioneers-in-positivity and presenting the following social media awards:

With 12.9 million Twitter followers and 11.9 million ‘likes’ on Facebook, Donald Trump is, by far, the social media heavyweight in this election cycle. He has made it incredibly difficult for his competitors to keep up in the social media race, and has forced the Clinton campaign into increased social media spending that has left a poor impression on some who identify organic followers versus artificial ones.

While all campaigns are engaging in social media spending, organic following is where Trump thrives. In July of 2016, Pacific Standard published an article that revealed one of the secrets to Trump’s social media success, a unique strategy that hadn’t been used by any other US presidential candidate:

Trump was far more likely to amplify the voices of his ordinary followers. Seventy-eight percent of his retweets were from members of the public — “people who were not famous and had no discernable ties to news media, government or other organizations,” in the researchers’ words — compared to 2 percent of Sanders’ and 0 percent of Clinton’s. Trump’s approach differs not only from his rivals’, but from any candidate before him: In 2012, Barack Obama retweeted the public only 3 percent of the time, and Mitt Romney, never.

Evidently, not everyone on social media is so enthused with Donald Trump’s tweets. With three simple words, Hillary Clinton rallied the less-impressed by dropping a Twitter bomb that will surely outdo any social media reaction garnered throughout this election season.

In response to one of Trump’s seemingly routine attack tweets, Secretary Clinton had some words to share:

It became very clear, very quickly, that there were a great number of Tweeters who shared the same distaste for Trump’s prominence on the social media app. With brevity and demand, Clinton gained serious ground in the social media race overnight. Her post now has over 500,000 retweets, which is, literally, more than six times the reaction of Donald Trump’s most popular tweet, which peaked at just over 80,000 retweets.

Fact: the most viral ad throughout this entire campaign cycle was not the product of either two major parties. Balanced Rebellion, Alternative PAC’s vessel to support Libertarian candidate Gary Johnson, hit one out of the park with their YouTube video What Abe Lincoln Prophesized about Trump and Hillary.

The video, starring “Dead Abe Lincoln”, now has over 35 million views and over 750k shares on Facebook, leaving any other ad created by any campaign or super PAC in its digital dust. Now, we talked earlier about organic vs. paid following, and rest assured that the 62% organic response to this video is a percentage that would make most most social media marketers drool over their tablets.

In an AdWeek.com interview, Matt Kibbe, founder and president of Alternative PAC, expresses hope that the video’s success will help fuel a better-than-predicted turnout for his candidate. “This video is more viral than anything Hillary Clinton or Donald Trump has done. This is a disruptive time, and the future is all about the ability of a candidate to engage in popular culture through social media. A third-party candidate is a real possibility, but the only way that’s going to happen is by breaking the traditional rules of politics,” says Kibbe.

With the influence social media has on our culture, it is undeniable that your levels of activity and your choice of content will directly correlate with your online reputation. This is true for everyone; from those seeking to inherit the most powerful position in our country, to those simply looking for a second chance in life. For all these people and more, InternetReputation.com offers Reputation Management services that include social media management, blogging and more.