Social Media Hangover? Customized ORM Services May Be the Cure 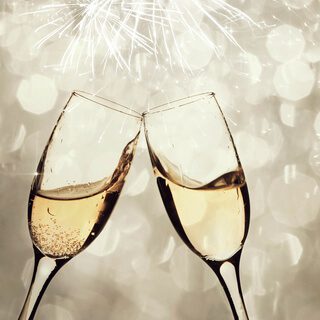 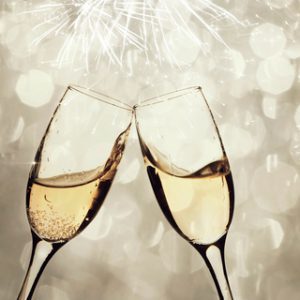 A little fuzzy on what you posted last year? Customized ORM services may help clear things up.

A lot of us woke up on New Year’s Day feeling…well, not at our best. Some of us are wondering if we can stick to that New Year’s resolution: start working out more, stop eating so much junk, quit smoking, get organized, save more money. These are among the most common resolutions people make when they hang up a new calendar.

We may also be wondering about last night: in particular, about some of our social media interactions from that New Year’s Eve party. Did you send out a tweet that maybe, just maybe, didn’t represent you at your best?

If so, don’t worry – you aren’t alone. If you’ve made a social media faux pas, you can tidy things up and move on.

With the proliferation of mobile devices, the Internet is always at our fingertips. We almost always have a smartphone in a pocket or purse, but we’re beginning to test the limits. Americans check their social media accounts an average of seventeen times a day. That breaks down to more than once an hour.

You’d think it would be teenagers who are racking up those big numbers. But guess what? It’s adults between the ages of twenty-five and fifty-four who are doing all that social media checking.“It’s funny how addictive it can really be,” one man told the Washington Post.

If we’re checking our accounts for new stuff, then we’re posting our own stuff, too. That may be keeping us connected with friends and associates. But it can lead to shoot-from-the-hip, instantaneous posts that you might regret, especially if you’ve had a few. It can be exhausting, too.

Even social media advocates say it’s a good idea to take time off from Twitter, Facebook, Instagram, and the rest of those social media sites that command so much of our attention.

“I think it is okay to take a break now and then and to allow the conversation to go on without you,” said Michael Brenner, a blogger for Marketing Insider Group. “It might even be more fun and intoxicating to see it take off on its own.”

He came to that conclusion after binging on social media at a weekend conference in 2011. “For three full days, I live-blogged and live-tweeted my way through almost a dozen conference sessions, I created nine blog posts, eighty-three hash-tagged tweets, and more than a few Facebook comments and likes.”

By the time it ended, he had a severe case of what he called a social media hangover.

A lot of others feel the same way. “I don’t know about you,” wrote blogger Sophia Breene, “but my smartphone sometimes seems like Grand Central Station at rush hour. Between texts, emails, regular old phone calls, and notifications from multiple social media sites, keeping up with all the inputs can feel like a full-time job.”

It’s okay to give it a rest. “If you find that you’re frequently dealing with fatigue, sore muscles and body aches, and an inability to concentrate,” wrote Jayson DeMers on the  Forbes website, “take a break from your social media life.”

You won’t miss much, and a little time off can recharge your batteries.

But…about last night. You made some ill-advised tweets. This morning you’ve got a few dozen replies, including one from your mom, and they’re all asking the same thing: what the heck you were talking about?

To say the least, it’s embarrassing. How do you respond? You’ve got a few options.

Denial is not always a healthy strategy. But it’s possible that not all your followers saw that embarrassing, drunken tweet, so a first line of defense might be to pretend it never happened. The less said, the better.

Deletion makes it go away forever, but with Twitter you have to be very fast. And even if you delete, people may have seen it, or even re-tweeted it.

Or a direct message that accidentally got tweeted far and wide. You were partying, got into some crazy back-and-forth texting with a friend, and goofed on a reply.

Be brave. Face the music. Own your mistake. Pick your cliché: accidents happen, and we’ve all been there. Acknowledging you screwed up shows your followers you’re an ordinary person prone to errors, like anyone else. This too shall pass!

The beginning of a new year is an opportunity for a start fresh, even if you find it difficult to stick with your New Year’s Resolution(s). You might even resolve to adjust your approach to social media, such as taking the occasional break.

If, in spite of your best efforts, your social media activity during the course of the year leads to your online reputation taking a hit, you can always turn to the expert team at InternetReputation.com. We provide customized ORM services that overcome the negative, and give you the positive online presence you need.