Self-Inflicted Wounds: How Companies Ruin Their Own Reputations

Self-Inflicted Wounds: How Companies Ruin Their Own Reputations 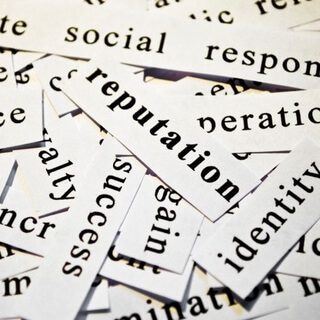 When a public relations disaster strikes your company, Online Reputation Management is your first line of defense. ORM is invaluable, because your company’s reputation is one of its most important assets.

But it can’t protect you from everything.

Sometimes companies become their own worst enemies: they engage in bad behavior, and then watch helplessly as their reputations plummet. One need look no further than Uber, the wildly successful ride-hailing company ensnared in a series of incidents that have left them with a serious black eye.

Fortunately, the company is addressing its problems. “Uber must change,” said Board member Arianna Huffington, “to be as successful in the next decade as it has been in the last seven years.”

Uber is not, of course, the only company to suffer from bad publicity. Samsung had to recall two major products last year, for safety reasons: millions of its flagship Galaxy Note 7 smartphones, and millions of its washing machines. Wells Fargo, too, took a PR hit when they were fined $185 million for illegal sales practices.

It happens all too often. Here are common ways that companies get self-inflicted wounds.

1. Get involved with politics.

Far right, far left – it doesn’t matter. When your company enters the political aren, you go out on a limb, and risk alienating at least half of your customer base.

Examples include Papa John’s, Chick Fil-A, Barilla, and Darden Restaurants. Each of these companies lost a significant portion of their market share by weighing in on issues like health care and same-sex marriage. To make matters worse, they gained absolutely nothing by publically adopting a stance on these issues.

Consumers and investors are increasingly concerned about environmental sustainability, and the impact of the corporate footprint. Their spending and investing habits reflect those concerns more than ever.

Many companies are responding with policies that address those issues. Those that fail to do so place their reputations at risk.

There are those who will tell you that the phrase “business ethics” is an oxymoron. We’re not so sure, but the list of companies that indulge in illegal or underhanded activities is regrettably long.

If you’re cooking the books, spilling oil in people’s front yards, abusing the guest worker program to create sweat shops or putting out products that give infants cancer, you’re asking for trouble.

Again, the list of companies that commit this sin is too long for a humble blog post. Suffice it to say that some companies deserve the bad reviews that they get.

If you’re ripping off customers for a quick buck, then word will get out. If your hotel really does cycle guests through rooms without cleaning them, people will notice. If your employees are rude to everyone who walks through the door, then your reputation will suffer. The only way you can fix this is to stop the bad behavior.

The lesson here is that trying to manage your online reputation while engaging in any of these behaviors is akin to attempting to wipe up an oil spill with paper napkins and a prayer. It just won’t work.

If you really want a great reputation, you should start by making sure your company is worthy of one. Then you can turn to reputation management companies to be sure you’re getting professional ORM, so that unfair, defamatory criticism is placed where it belongs: in a dark hole where it can never tarnish your company’s reputation again.