Reputation Takeaway from the Donald Sterling Fallout: Privacy is Dead 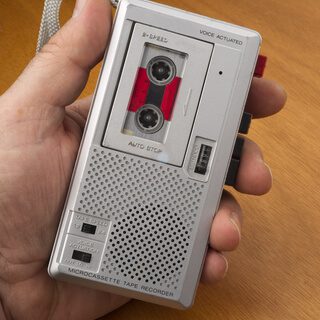 Most people draw a sharp line between the way they behave in private and the way they interact with the public. I might wander around my house in my pajamas, for example, but I’ll spiff up with a skirt when I head out to see a show. I know the things I do in my home might not be the things others expect from me in a public place.

But, a recent scandal concerning private comments and public condemnation has me thinking just a little differently about my seeming invincibility at home. Yup, I’m talking about Donald Sterling and the Clippers. 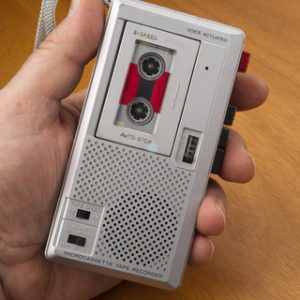 It’s likely that few people are glued to the Internet at 10pm Pacific time on a Friday. Most marketing experts would suggest that this is the worst time to release a big story. But, TMZ threw out a shocker at this precise time last week, revealing that Sterling, the owner of the Los Angeles Clippers basketball team, held some pretty unpopular views. That clip is still available on TMZ, and while the sound is a little grainy, it’s clear that Sterling is uncomfortable with his partner’s ideas concerning people of African American descent. I won’t go into those comments here, but you can certainly listen to them yourself if you’d like to get a little more data.

It’s a little unclear how TMZ got this particular piece of audio, but from what I can piece together, this was a private conversation that was taped, and that tape was either given or sold to TMZ editors, who spent some time authenticating the information before it was released to the public. It’s not quite clear who did the recording, and it’s not clear why that particular talk was recorded. These are the sorts of things we might never know.

But at this point, it seems like some people really don’t care about the hows and the whys of this recording. When it came out, these people got mad, and they demanded some sort of reaction from officials. There was talk of a player walkout, or a strike or a lack of team promotional money. Some kind of reaction was demanded.

And boy. What a reaction. Sterling was hit with a fine, and he’s been banned from the NBA for life. Analysts suggest that this is the harshest sentence ever imposed for an infraction like this, and it might be the only sentence ever handed down in response to a private conversation. Other people who’ve been smacked by the NBA broke the law or said something publicly or to a team member. Sterling was just talking privately, it seems, and yet he’s been hit with a pretty big hammer.

This story is far from over, as Sterling might choose to sue to keep his team, and there are some hoops the NBA must jump through in order to pressure this guy to comply with his sentence. He might choose to do something altogether different (like apologize), and that could make this whole episode just a touch more interesting.

But, this reaction should be a wake up call to anyone who thinks that private conversations don’t have an impact on a person’s reputation. If you think you’ll only get hit when you make unsightly comments on social media, and you can say anything you’d like when you’re among friends, it might be time to think again.

This isn’t the first time that nasty comments have taken down someone big. Without expending too many brain cells, I can think of five recent examples of comments that have come back to bite their speakers, including those made by officials from:

It’s worth repeating, however, that most of these comments were made publically. Barilla officials spoke out in an interview. Paula Deen was forced to admit to her comments in court. Comedy Central made a terrible blunder on Twitter. All of these gaffes were out in the open, and in theory, they should be a little easier to control. With strict safeguards in place regarding social media, interviews and other public appearances, companies could ensure that their execs don’t ruin things when they’re out in public.

But now that we’re willing to take action about things said in private, everything has changed. I wouldn’t be surprised to see mandatory sensitivity trainings crop up in major companies. I also wouldn’t be shocked to see clauses about nasty comments appearing in employee manuals. These could be important steps, but there are some commonsense things you can do to protect yourself from a major scandal.

Protect Yourself and Your Reputation

First off, if you’re in power, remember that your place in history isn’t secure. Be smart, be sensitive and be kind. Yes, you can rant and rave about how you have the ability to say anything you want in private because it is a free country, but others also have the right to ask for your dismissal if you’re offensive. If you want to keep your job, a little restraint might not be a high price to pay.

Next, be sure that your reputation management techniques are up to snuff. Everyone should be blogging, tweeting, sharing and otherwise promoting their personal brand. It might not provide an infallible layer of protection if something big happens, but it could give you that little bit of breathing room you’ll need to pull together a coherent strategy so you can walk away from a bomb with your reputation intact. We can help with that too!