Is Google+ Helpful or Hazardous? It Depends 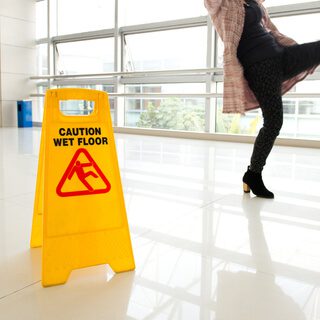 Lately, I’ve been seeing a lot of articles that discuss the wonders of Google+. Copyblogger, for example, took author Gary Vaynerchuk to task for daring to suggest that Google+ was worthless.

The author of that particular Copyblogger blog post went on to suggest that hosting hangouts and otherwise tapping into the live social aspects of Google+ could be incredibly rewarding for both individuals and companies, and the comments section of that post quickly filled up with words of affirmation.

I also stumbled across this piece on Business2Community that suggested that Google+ should play a vital role in any company’s social media plan, due to the sheer size of the audience the site can command, along with the linking features authors can tap into via Google+. Here, the author suggests that attaching blog posts like this one to a Google+ profile can make that blog post pop up higher in search results, as the Google algorithm is designed to consider linked posts more authoritative and worthy of a read.

Now, I know that few people read as many marketing and SEO pieces as I do, but when I see multiple articles that claim that a social media site is vital and valuable, I tend to take notice. Often, I am a slavish follower, and I immediately set up shop on a site my peers seem to find worthwhile.

But when it comes to Google+, I have some serious concerns. In fact, from a reputation management perspective, there’s a lot to be worried about, when it comes to this particular social media site.

Social media sites are designed to connect people with one another. Often, they work in much the same way: You connect with people, and then you can see what these people have to say. It’s pretty simple.

While estimates can vary, many articles suggest that there are about 90 million Google+ users at the moment. However, other articles suggest that the average Google+ user isn’t very active. In fact, as this in-depth piece from Digital Trends makes clear, some people might be listed as monthly users when their only action on the site involves clicking on one icon to clear it. A click like this creates no sharable data, but it makes the user “active.”

Compare these statistics to the numbers Facebook racks up. According to Zephoria, there are more than 1.19 billion active users on Facebook, and of those users, 728 million log on daily. They don’t just click on an icon, either. They share photographs, type up witty comments and otherwise generate content. Each day a person logs on, there’s something new to see.

Why does this little comparison matter? Put plainly, Facebook wins. The more users there are, and the more content they generate, the more opportunities an average user might have to hide. There are a lot of competing voices here, so a mistake might be easier to overlook. On a small site like Google+, however, it’s much harder to stay hidden.

I’m a late adopter to the Google+ game, and as a result, I have very few people I am following (and few who are following me; care to change that statistic?). When I do log onto the site to post something or to check in with the people I follow, Google helpfully tries to keep me engaged by providing me with posts through its “Hot and Recommended” feature.

Here’s where things get nasty.

Anything you write and share publically, and which gets more than one or two plus marks or comments, could show up in this Hot and Recommended forum, and it could pop up in front of complete strangers like me. Within the past month, I’ve seen remarkably private posts on my page concerning all sorts of embarrassing things, including:

I’ve been spending a lot of time yelling, “Why did you share that with me!” at my computer, but this post might be more helpful. Here are my suggestions.

Google+ can be a useful tool for people who write on the Web. As mentioned earlier, the site allows people like me to link a profile with the work we do, and that allows our wondrous words to carry more weight with search engines. We can be seen, and that means we can be more successful. Sharing links to posts is an excellent way to use the site.

Moz also suggests that obtaining +1s on Google+ can allow you to boost your visibility on search engines. Each little plus you get works like a vote in your favor, making your words more visible and trustworthy. Popping a link on the site could get you those votes you need.

Similarly, writing a pithy and insightful comment on a Google+ posting could allow you to get noticed by the thought leaders in your industry. It’s a way of yelling into a group of people you’d like to influence, and there’s no fee for the yell. If you’re trying to find a job or otherwise boost your cred, using comments is a great way to go.

But anything else you do on Google+ should be visible only to people in specific circles that you identify. Share with care, and always ensure that you’re keeping private things private. The site is just small and intimate, and the risk of disaster is just much too high. In general, it pays to proceed with care.