How to Use Hashtags (Without Ruining Your Reputation) 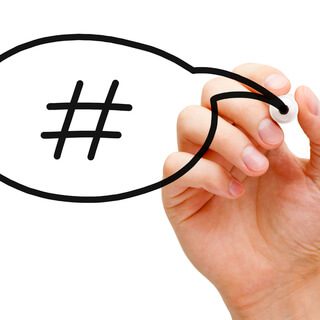 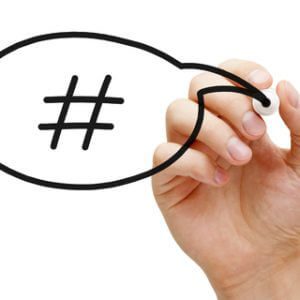 A hashtag (which is, in essence, a keyword with a # in front of it) is designed to help expand your reach on social media sites like Facebook and Twitter.

When you use a hashtag, the computers that run these social media sites pay special attention to your posts, and they collect all of the posts that contain that combination of words and pound signs in one place. Then, if someone searches for that specific combo, your post will appear.

It sounds hokey, I know, but it really can work. For example, a post produced by Buffer suggests that Twitter posts (i.e., “tweets”) with hashtags have two times the engagement of posts that don’t, and that individuals who use these little markers can see a 100 percent bump in engagement by adding these things to their posts.

Typically, you’ll use just one hashtag per post, as Social Bakers suggests that entries with multiple tags see a dip in engagement. Using one to two tags gets about 593 engagements, while using three to five nets you only 416. It pays to be judicious.

Typically, your hashtags will come from your own mind, and they’ll reflect your own thoughts. But, if you’re planning to use a tag someone else has written, you’ll need to be careful.

Twitter makes stealing a popular hashtag really easy. In a little column to the left, you’ll see a list of the most popular tags in use right now. Grabbing one of those tags could put you in the middle of a conversation that’s set to go viral, and that could get you the attention you’ve been craving. You could even swipe a tag from here and use it on another site like Facebook to get even more attention.

But steal the wrong tag or use that tag in the wrong way, and chaos could ensue.

Sometimes, those errors seem to happen unintentionally. For example, the social media folks at Entenmann’s probably thought the hashtag #NotGuilty had to do with delicious and hidden vices when they saw it in the summer of 2011, according to CBS News. Naturally, the team incorporated that in a Tweet which suggested that you could feel #notguilty about eating their treats.

It seems clever enough, right? Unfortunately, that tag was in use because Casey Anthony had just been declared not guilty in a notorious case about the death of a child. A lot of people were angry, and they got angrier when they saw this tweet.

It’s easy to misread the cause of a tag, but sometimes, people attempt to make use of a tag and twist it to suit their purposes. Per PR Newsletter, that seemed to be the case for the Kenneth Cole team in 2011. When that team saw that #Cairo was trending, they wrote a tweet suggesting that the uproar there had to do with a set of clothes that people could buy.

Now, this isn’t a great idea, as the team quickly discovered. Many people were angry, and the angry tweets quickly followed.

Recently, Madonna fell into a similar trap. For her, it may have started with automation. All of her tweets have ended with a tag that references her latest album. But, when that automatic inclusion came in a series of messages in support of those killed in a terrorist attack in France, people got mad. The writers of E! covered the controversy with this headline that suggested that she was using the attack as a marketing tool.

Before copying any tag into your post, do your research. Type it into your search box on the social media site you plan to use and read what other people are saying. Ask yourself:

Since hashtags can change with time, it’s also a good idea to spot a tag and watch it for an hour or so before using it. That will help you avoid jumping into a conversation that’s suddenly turned nasty.

Need even more social media tips? We’re here to help. Click on this link to find out more about the reputation management programs we offer for individuals.