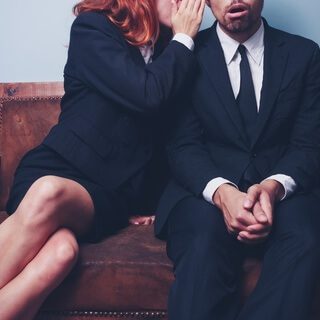 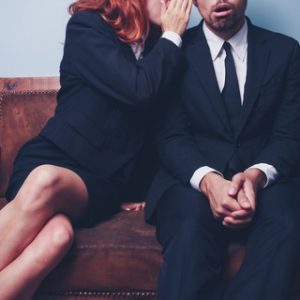 If you haven’t heard of the site TheDirty.com, then you may want to click out of this blog, do your best to erase any leftover curiosity lingering in the darkest avenues of your conscious, and re-join humanity as soon as you can.

Moving along now, there are many of us left to marvel at the gossip site’s growth and popularity. Its success is living reminder that our fascination with celebrity life, paired with our hunger for bad news, is a simple and effective tool for optimization.

No Loathing, Our Obsession with Celebrities is Actually Healthy

An article by Medical Daily touches on a growing notion that our fascination with celebrities can be viewed as an organic form of stress relief. “Celebrity gossip does more than satisfy an innate human instinct, however — it actually brings us true enjoyment. For some people, learning about the secret lives of celebrities, what happens behind the scenes, is a way to escape from their daily routine. The juicier the news, the better.”

According to the article, the glass is more than half full, to the point where gossip enthusiasts actually gain physical health benefits from their obsessions. “Ultimately, it seems that despite the negative attitudes toward it, our obsession with celebrity gossip is not only innate but actually healthy for us. So next time you’re browsing the closest magazine stand, remember you’re no less of a person for reaching for a tabloid. In fact, it’s only natural that you do.”

Some Celebrities Even Use Reputation Crises to Their Advantage

Besides their talents, what keeps celebrities in the limelight? What keeps people talking about ______ and ______ when they are hard at work, sweating in the studio?

Sure, if you look hard enough you might find some shots of celebrities behind the scenes with exhausted faces, but is that how we want to view our idols? Wouldn’t we rather see some racy photos from their vacations, or see what stances they are taking on Twitter?

The answers might suggest why some celebrities invite the extra attention. A New York Times article offers some insight on the opportunistic power of the “no press is bad press” approach:

Increasingly, celebrities are not just victims. With only so many big-time personalities in rehab, facing indictment or — á la Charlie Sheen — in public crack-up mode, a raft of reality stars, former reality stars and would-be reality stars have filled the breach with attention-grabbing antics of their own.

…so yes, sometimes controversy and gossip can be a means of staying relevant; and sometimes, it can even be a career booster. For more information on this style of public relations, please see the Kardashians.

But No One, And I Mean No One, Wants A Post on TheDirty.com

The problem with TheDirty.com is not that it thrives on the same smutty garbage that most gossip sites do. No, TheDirty.com is a beast of its own, where celebrity gossip is intermingled with trailer park drama in a dizzying display of human depreciation that leaves one unable to decipher between the famous and the filthy.

TheDirty.com’s gossip feed reads out like tryout letters for Jerry Springer, delivered straight from the armpits of civilization. Here, you have some of the saddest and trashiest tales of betrayal and online revenge carried out by some of society’s saddest and trashiest personalities; and every once in a while, something like this happens:

So, what’s the problem? Cheating allegations in a beauty pageant are totally fair game, right?

Perhaps, but that’s another issue. The problem here is this beauty queen is now archived in a forum that is mostly used to expose homewreckers and the like; and she was put there for allegations of foul play in her professional life. Allegations. One of the many words that don’t carry much weight on a site with such a hands-off approach.

You Gotta Give Credit Where It’s Due

TheDirty.com has an impressive FAQ section that thoroughly explains their culture and philosophy. When it comes to fact-checking, for example: “TheDirty.com does not want our users to post false information. There are so many good TRUE stories out there, we have no interest in accepting posts that are false. However, we are not the truth police and we cannot and will not investigate posts to separate fact from fiction. That’s not our job. “

So, there you have it. TheDirty.com acts not as judge nor executioner, but merely a vessel for those who want to attack reputations. There is nothing glorious, or even shareworthy, of having your name printed on this site, which is why InternetReputation.com offers reputation management services to dissolve the damage caused by posts on this site as well as others like it.