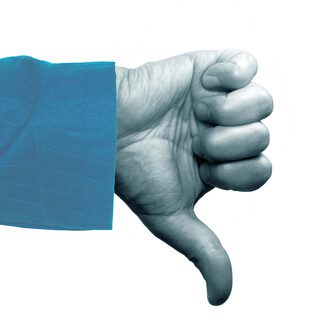 It’s hard to go anywhere these days without catching a glimpse of social media’s ever-growing footprint. Networking sites like Facebook, Instagram, LinkedIn, and Twitter continue to have a siginificant, if not unavoidable impact on our daily lives. It seems that no matter where you work, what you enjoy or the news programs you watch, social media has woven itself into the fabric of our lives, and has become as routine and everyday as anything else we take for granted.

While escaping the shadow of social media may seem as difficult as scaling Everest without an oxygen tank, it can seem even harder to counteract its potentially devastating impact on your reputation. In a day and age where a seemingly innocent post on Twitter or Facebook can become a media firestorm in a matter of hours, or even minutes, making an attempt to defend yourself and your online reputation against social media attack may seem futile.

Celebrities tend to provide some of the most glaring examples of the devastation a seemingly innocuous social media update can have, simply by virtue of living in the spotlight.

The ‘Biebs’ Blows It

Justin Bieber is certainly no stranger to the occasional social media backfire, but a 2014 Instagram image is perhaps among his most notable of slip-ups. What may have seemed like a great way to pay respect to an iconic Tokyo shrine at the time, ended up demonstrating a complete lack of cultural understanding and significance by the young pop idol, quickly earning Bieber the ire of the social media community.

One of the more prominent of social media head-slaps in recent memory came from film director Spike Lee who, in 2011, tweeted the wrong address of Trayvon Martin shooter George Zimmerman. Not only did Lee receive considerable flak on social media, he was also sued by the rightful owners of the address, and was eventually forced to settle out of court.

Stay Out of the Kitchen

Take KitchenAid USA, for example, which was forced to cope with considerable fallout following an offensive tweet posted to their account just before the 2012 presidential election. The tweet, which made an insensitive reference to the death of President Obama’s grandmother, was quickly deleted, though not before putting a sizable dent in the company’s reputation.

Staying on top of one’s social media presence, particularly when marketing a new product, is critical. Apple learned this lesson the hard way in 2014, when promotions for the iPhone 6 began popping up on Joan Rivers’ Instagram and Facebook accounts. The problem, simply put, was that the popular comedian had recently died. Even though the campaign had been negotiated prior to Rivers’ death, Apple failed to update her accounts, leading to some unwanted online ribbing for some time following the flub.

The Sky is Falling!

Social media posts can attack your reputation in a variety of ways, and those attacks, regardless of whether they are inadvertent or malicious, can chip away at or even break apart you or your company’s image in a matter of minutes. Whether the fallout results from the post of an embittered ex, from a competitor trying to get an edge or from a seemingly harmless off-the-cuff remark, social media activity can take a bite out of your online reputation wherever it comes from, and at any time.

“Social media is a good thing. There’s absolutely, positively no doubt about that.

Except when it’s a terrible thing, of course.”

The power of social media to connect multitudes of people with one another in seconds, within what are fairly open and unpoliced forums, is largely without historical precedent. The confluence of ideas that social networks like Facebook, Twitter and the like provide the masses offers people an opportunity to influence others in ways never thought possible.

In a nutshell, “Social media is a good thing. There’s absolutely, positively no doubt about that,” says Guest Crew CEO Uttoran Sen. “Except when it’s a terrible thing, of course.”

Anything from bad timing, grammatical errors and inaccurate personal information to offensive words, the release of protected information or the hijacking of an account can work against you and your online reputation in a hurry. This can force you to not only begin the often arduous and costly process of repairing your reputation, but to also reevaluate your brand’s online presence, outreach and strategy.

Sheesh. Is There Anything I Can Do?

It may seem impossible to overcome a social media attack or mistake, particularly one that’s caught fire in all the wrong circles and/or has gone viral throughout the Web. Fortunately, there are ways both you and your company can take to begin the rebuilding process. Engaging in these behaviors can not only help you forge a path to reputation restoration, but can also help you begin to build the digital firewall you need to stave off social media slips well into the future.

Whether your social media accounts have been hacked, you’ve posted something inappropriate or you are being vilified by a competitor, the first and most important step you should take is to be proactive. Instead of idly succumbing to the negative attention and online abuse that results from a problem, take steps to issue a consistent, positive and constructive response, one that’s both timely and appropriate to the situation. If it’s your company that’s feeling the brunt of the pain, it may help to reference recent examples of successful social media damage control.

If you’ve fallen victim to attack on social media, or, for that matter, anywhere else on the Web, perhaps it’s time to reevaluate and reenergize your approach to social media. Whether you’re running a company, looking to harness in a more professional image or simply seeking to renew your online image, reinvigorating your social media presence with a more responsive, positive and engaging strategy can do wonders for your personal or professional brand.

The social media universe is complex, to say the least, and offers anyone attempting to traverse it ample opportunities for setback and disaster. Counteracting negative social media activity, and overcoming a social media attack, can be very tricky, making it important to know that professional online reputation management help is out there when and if you ever need it.

Defending your reputation online can be a dangerous proposition, particularly in a complex online environment. If negative social media activity is threatening your reputation, seek out professional help by contacting the ORM experts at InternetReputation.com team today!