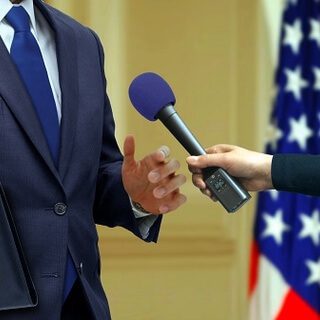 This election season is surely one of the most unique our country has ever seen. As we watch our two mainstream candidates viciously berate each other all the way to November, young and old voters alike are tuning in to popular social media channels like Facebook, Twitter and YouTube to catch live streaming events, learn more about the issues and engage in both civil and unsavory debate with friends, family and fellow Americans.

Social media has already played a huge role in our current election cycle; yet this isn’t the first time tweets, likes and shares have helped pave a candidate’s way to the White House. To both the reader and the blogger’s convenience, the history there is not very long: in 2004, Facebook launched; in 2006, Twitter launched; in 2007, the first iPhone was released; and in 2008, then-Senator Barack Obama was ahead of the curve with a social media strategy that dominated the online presence of his competitors.

The 2012 Election Defined the Role of Social Media for Candidates

Second time around, President Obama’s challenger Mitt Romney had a much more tweet-savvy campaign. A fair-fought social media battle ensued, and Obama reigned supreme once again; but something was different this time. In the 2012 election, Americans learned two very important lessons about social media. The first thing is that Romney’s campaign acknowledged, and therefore validated, the importance of a positive social media presence to gain popularity in an election (and if the tighter race in 2012 serves as any indicator, then all those tweets surely didn’t go in vain).

Second, it was through the outcome of the 2012 election that we also learned the differences in value between activity and engagement on social media. A 2013 blog by the Media Psychology Research Center explains what made Obama’s e-campaign stronger than Romney’s.

Obama dominated the social media space because his team got how networks work.  The real power of social media is not in the number of posts or Tweets but in user engagement measured by content spreadability.  For example, Obama logged twice as many Facebook “Likes” and nearly 20 times as many re-tweets as Romney.  With his existing social media base and spreadable content, Obama had far superior reach.

If you get enough of one, you could earn the other. There is evidence to show that those engaged with political issues on social media do, in fact, go out to vote. Per the MPRC’s blog:

And contrary to concerns about social media causing civic disengagement, numbers out of Pew Research show that 66% of social media users actively engage in political activism online.  They estimate that to be the equivalent of 39% of all American adults. Like many other behaviors, online activities translate into offline ones.  Researchers at the MacArthur Research Network on Youth & Participatory Politics report that young people who are politically active online are twice as likely to vote than those who are not.

Not all are convinced that social media’s influence on politics is a good thing. Politico, for example, published an op-ed asserting that social media is ruining politics, where they said this:

Today, with the public looking to smartphones for news and entertainment, we seem to be at the start of the third big technological makeover of modern electioneering. The presidential campaign is becoming just another social-media stream, its swift and shallow current intertwining with all the other streams that flow through people’s devices. This shift is changing the way politicians communicate with voters, altering the tone and content of political speech. But it’s doing more than that. It’s changing what the country wants and expects from its would-be leaders.

Their point has some merit. Yes, the 140-character culture of social media thrives on quick, sensational bits that don’t always encompass the issues at hand. But on the other hand, people are more engaged with candidates than ever before. By using social media as a hub for political news and discussion, are we sacrificing quality in exchange for quantity? On November 8th, we may learn the answer.

No matter whether you’re running for office or just trying to take the next step in life, love or career, know that a strong and positive social media presence will always benefit your reputation. InternetReputation.com offers Online Reputation Management services that include social media, blogging and more to boost and promote your online image.