Sharing is Not Caring: A Social Media Primer for Parents 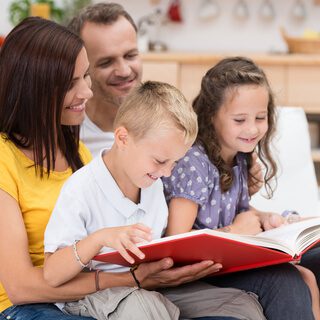 Recently, I popped into a store to pick up one solitary onion for a recipe I hoped to make for dinner, and right in the middle of the produce aisle, a little child was engaged in an out-and-out war with his frustrated mother. His fists were curled with fury, and his screams could break glass, but his mother patiently told him to be quiet, get up and come home with her. She even snapped a quick cell phone image of the tantrum, presumably to share it with her friends when she got home with her wee tyrant.

Now, I know that plenty of articles suggest that parents dealing with a difficult child are doing the best they can, and as a result, they don’t need either scowling or advice from random bystanders. Most people in the store with me followed this advice, and they gave the mother a wide berth as a result. But, if this mother did choose to share her photos online, she could be entering a completely different world with completely different rules.

In the social media world, it’s common for parental shares to turn into worldwide firestorms, with insults, threats and barbs thrown 24 hours a day. Parents who live through something like this are likely changed for good, but their kids could also suffer. In fact, I’d argue that the children who prompt parental sharing could be the real victims when their parents say too much. 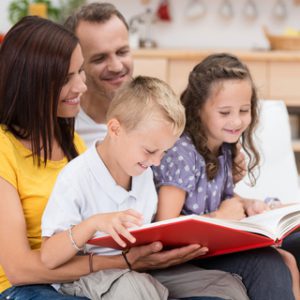 Some parents thrust their private dramas into the family spotlight inadvertently. For example, a couple in Florida thought their child should be allowed to stay in an advanced math class, even though he wasn’t performing well in that class. They chose to sue to school district, and suddenly, they became a potent symbol of helicopter parenting. These parents likely thought they’d be helping their child, but now, their family is the subject of derision (and it’s unclear whether or not the lawsuit actually worked).

Stories like this are hard to control, and parents sometimes make decisions that end up pulling the family into the spotlight. It just happens, and it’s unfortunate. However, some parents seem to be adept at making controversial decisions regarding their children, and then boasting about them on social media.

Consider the case of the Virginia woman who allowed her son to dress as a member of the KKK for Halloween. According to media coverage of the incident (which has been extensive), the mother reminded her son that the outfit could be a little provocative and that he might want to choose a different getup for his big night. However, this same mother took a photo of him in his outfit and popped it up on Facebook. Soon, that photo was widely available, and the mother is now facing threats and public condemnation.

Most parents who face this kind of condemnation don’t seem aware that their shares could bring them trouble. Instead, they seem to think that most people will accept their photos and comments in a benign spirit of goodwill, and perhaps forgive their flaws because they’ve struggled with parenting issues of their own. Unfortunately, few people who see examples of oddball parenting online choose to take the high road and give parents the benefit of the doubt.

Just ask Alicia Silverstone. This new mom posted a series of photographs of her son eating food that the actress had chewed for him. Silverstone claimed that she shared the photos because she thought they were darling and funny, and they certainly are. But many experts suggested that this practice could be unhygienic or even toxic to the child, and that Silverstone was somehow doing something deadly.

The media firestorm that’s unleashed when these stories hit the airwaves doesn’t tend to last long. There’s always another controversy to follow and another parent that’s doing something ill-advised. Within a few weeks, most parents could forget that the incident ever took place. But the damage of the share could last much longer.

In all of the instances I’ve mentioned in this article, the names of the children were included in the media coverage. As a result, if you run a search for the names of these children, the articles about the choices their parents made will float to the top of the list. That could have some unanticipated consequences.

For example, a year or so ago, a man raising a somewhat disrespectful teenage girl chose to put a bullet through her laptop, and he posted a video about the incident online. A poll conducted by NBC’s “Today” show in the weeks after the incident suggested that some 74 percent of people thought the man had done the right thing by shooting the computer.

In a few years (17, tops), all of the kids I’ve mentioned in this article will be grown, and they’ll be looking for jobs, dates and apartments. Some might even be applying to prestigious schools. If the places they contact have any kind of web access, a quick search could bring these old stories to light. The Halloween reveler might be considered a Klansman for life, while the computer girl might be seen as lazy. Even the math whiz might be eliminated from opportunities, since administrators might fear his parents.

This might sound like so much hysteria, but I assure you that reputation damage like this is real, and it happens all the time. Articles that appear on the Internet rarely just disappear of their own accord, and sophisticated indexing tools make old articles remarkably easy to find. These kids could be punished by their loving parents, all in the name of sharing.

Many bloggers suggest that the way out of this mess involves acceptance. As this blogger puts it, everyone should be allowed to be “that mom” that makes unusual decisions from time to time based on details that aren’t easy for others to see. If most parents would back off just a little and allow parents to do their jobs without condemnation, bloggers like this suggest, fewer damaging scandals will pop up on social media.

I agree, but I also don’t see it happening anytime soon.

Shaming and blaming just seems to be part of the parental ethos. Even people who are trying to be funny, like the wonderful man who created “Reasons My Son is Crying,” are forced to explain their choices to the world at large in order to make the shunning and the relentless media coverage stop. Whether the photos and stories are meant to be cute just doesn’t matter. When it comes to kids, any kind of sharing tends to lead to damage.

For starters, make sure that your Facebook settings are locked up tight. No photo you post should go to anyone that lives outside of your circle of “friends.” Also, ensure that your friends and family members have a firm no sharing policy that ensures that your photos won’t appear anywhere you haven’t approved.

Next, consider implementing a 24-hour rule before you post anything at all about your kids. During that time, ask yourself these 5 questions:

If any of these questions bring back an affirmative answer, the post should be cancelled. Full stop.

Parenting isn’t easy. In fact, it’s the hardest job anyone can take (and the pay isn’t all that great, either). But if protecting a child is a parent’s top job, exercising social media restraint is just vital.