Reputation Management, or a Threat to Free Speech?

Reputation Management, or a Threat to Free Speech? 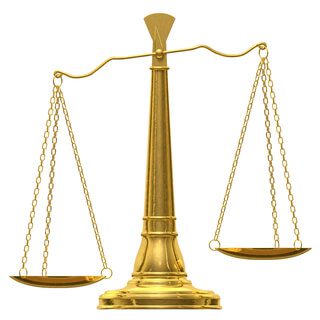 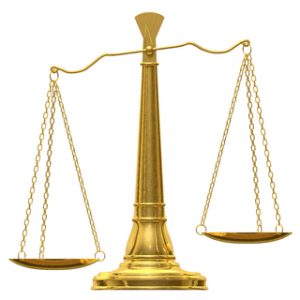 The fate of a court ruling that orders the business review site Yelp to take down a contested review is now in the hands of the California Supreme Court. The panel’s ruling could have far-reaching implications for free speech on the Internet.

The plaintiff in the case is the Hassell Law Group, a personal injury firm in the Bay Area. Hassell sued a former client over what the firm said were false and defamatory reviews the former client posted on the user-driven review site. Hassell won the first round, but when the former client did not respond, a San Francisco judge ordered Yelp to delete those reviews.

Yelp was not named in the original suit, and petitioned the state Supreme Court for review last July. “We look forward to making our full arguments to the court and explaining how the lower court’s decision is ripe for abuse, contradicts longstanding legal principles, and restricts the ability of websites to provide a balanced spectrum of views online,” a Yelp lawyer said.

“There were a lot of people who were unhappy about this opinion,” said Eric Goldman, in reference to the original ruling, handed down two years ago. Goldman is co-director of the High Tech Law Institute at Santa Clara University School of Law. He says the ruling is a serious threat to Section 230 of the Communications Decency Act, which protects Internet Service Providers from responsibility for the content posted by their users.

Internet heavyweights like Facebook, Twitter and Microsoft are lined up in support of Yelp. In a joint communication, they told California’s high court that the original opinion “radically departs from a large, unanimous and settled body of federal and state court precedent” and could open the door to the suppression of free speech on the Internet.

Dawn Hassell, the Managing Attorney for the Hassell Law Group, calls that nonsense. This is not a matter of free speech or censorship, she says, but of reputation management. “We have an impeccable reputation,” she said of her firm. “We have a right to protect it.”

Hassell filed the original suit in 2013, accusing a former client of defaming her on Yelp. The former client, Hassell alleged, falsely posted that the firm did not communicate with her. But it isn’t even clear whether the client, a woman named Ava Bird, posted the Yelp reviews in question. That “Yelper” posted under the name of Birdzeye. “Bird = Birdzeye,” wrote a skeptical Eric Goldman, adding sarcastically, “Get it?”

Nevertheless, the Hassell Law Group won the suit. San Francisco Superior Court Judge Donald Sullivan awarded them half a million dollars in damages, and ordered Ava Bird to remove the negative comments. Bird never responded and the Birdzeye post is still on Yelp. And so Hassell sought a court order to force Yelp to remove the reviews.

Yelp says the court order is in violation of Section 230 of the Communications Decency Act. Section 230 is meant to protect Internet companies from laws that could hold them responsible for posts made by others. Yelp argues that if Hassell wins, and they are forced to remove the reviews, consumers will be the real losers, because they’ll no longer get a full range of consumer opinions about local businesses. Any business that doesn’t like negative reviews could sue the person who posted it, and then get a court order forcing the Internet company involved to take it down.

Eric Goldman called the original ruling one of the worst of its type. “I can’t stress enough how terrible this opinion is,” he wrote on his blog, “and how much danger it poses to Section 230…this case opens up holes that everyone – users and non-users alike – can abuse.”

Goldman and other legal observers expect Yelp to prevail. “It should be a no-brainer for Yelp to win,” said Daphne Keller, a former attorney for Google and now a Stanford Law School professor. Legal precedents, she explained, favor them.

But Dawn Hassell says concerns about Section 230 are a lot of hot air. She filed her lawsuit, she said, because the Yelp review defamed her, and all she wants is to have false information taken down. “You can give critical reviews about people on the Internet,” she said. “It doesn’t mean it’s going to be defamation. [But] you can’t write untruthful content to hurt somebody.”

Fake reviews have long been a problem on Yelp and similar consumer review websites. Even when they aren’t defamatory, negative reviews can damage your business. For professional help in protecting the online reputation of your company, contact InternetReputation.com, a leader in Online Reputation Management, for a free consultation.

And check back to this blog for developments in the lawsuit filed against Yelp by the Hassell Law Group.