Reputation Management for Actors: More Important Than Ever Before 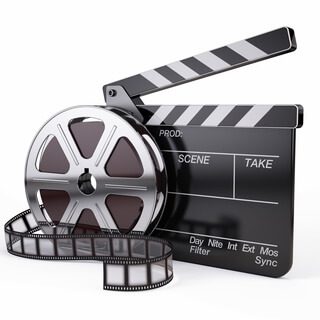 According to the United States Department of Labor, the median pay for an actor in 2010 was $17.44 per hour. While that’s certainly above minimum wage in most states, it’s not a lavish salary. Many actors who make a low salary like this might even find it difficult to support themselves while looking for work in expensive cities like Los Angeles or New York. Even so, actors who want to make it into the big time might need to consider spending up on reputation management services. If they don’t, they might never land the high-budget role that could vault them into fame and fortune.

This troubled actress, known for her stints in rehab, was eager to land the role of Elizabeth Taylor for a Lifetime special. Unfortunately, her name was so synonymous with trouble that the producers of the show asked for an insane amount of insurance on the star. Planet Money suggests that insurance policies like this can protect producers from a star’s bad behavior that leads to intense delays, and while it’s common, it can also be cost prohibitive, driving the price of insurance from $350,000 for a cast of 12 to over $1 million. Some producers might simply find another actor and spend that money on costumes or training or special effects.

Obviously, not everyone is a Lindsay Lohan, able to work her star power to overcome niggling concerns regarding money. Most actors are just working in the trenches, attempting to stand out in a crowded field of other talent that’s also waiting to be discovered. But if you have a troubled past, it could keep a producer from hiring you. If a quick search on Google turns up evidence of arrests or lawsuits or drunken behavior, what’s to keep a director from moving to the next person on the list? You seem like a risk, and there are others who can quickly take your place. Getting insurance on a risky newbie could seem like more hassle than it’s worth.

A reputation management program for actors begins with an Internet scour. Companies look for all of the negative information that’s lurking on the internet, and they remove that data as quickly as possible. Then, companies design a reputation rehab program that can highlight your chops, your experience and your drive. Articles, blog entries, press releases and even videos might play a role in your turnaround. When casting directors look for you online, all they’ll see is evidence of your skill.

Is all of this work worthwhile? Ask Adam Sandler. Bankrate.com suggests that the actor makes $40,000,000 per year, meaning that an iPhone 4S with 64GB capacity seems to cost him about 26 cents. Earning this kind of money is certainly worth the effort, and a reputation management program could make it happen. With a clean record, you could get that breakthrough role, and fame and fortune might quickly follow. Visit www.internetreputation.com to find out more.