ORM and the Campaign Trail

ORM and the Campaign Trail 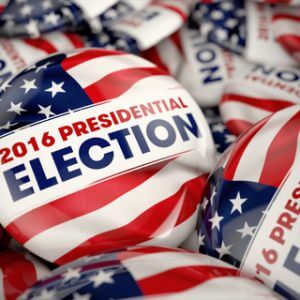 During the 2008 presidential campaign, Barack Obama successfully harnessed the power of the Internet to propel himself into the world’s most powerful political office. Presidential hopefuls began creating websites a dozen years earlier, but those first efforts were little more than brochures. Then-candidate Obama’s use of the Internet, and social media in particular, set a new standard in what has come to be remembered as the Facebook election.

Never before had a politician used social networking channels to communicate ideas to existing supporters, and rally new ones to the cause. Web pioneer Marc Andreessen told the New York Times that Barack Obama “was the first politician I dealt with who understood that the technology was a given, and that it could be used in new ways.”

As our blog team has shown, we’ve come a long way in just eight short years. The 2016 Presidential campaign has been extraordinary for a number of reasons. No matter who they support, everyone seems to agree that this has been an election unlike any before it.

Part of what makes it different is the use of social media, and the impact it has on the daily news. ”This election cycle,” said Republican strategist Patrick Ruffini, “is the first I’ve seen [where] candidates realize social media is their direct pipeline into mainstream media coverage and to voters.”

It may be significant that the candidates who attract the most social media followers also tend to be the most polarizing. Some of their posts might result in defamation lawsuits, if ordinary people made them. And those on the receiving end, if they were ordinary people, would need serious Online Reputation Management (ORM) to repair the damage.

But politicians are not ordinary people. When one candidate tweets to millions of followers that you’re a crook, or another tweets that alleged indiscretions prove you are unfit to serve, it’s hard to imagine you’d benefit from conventional ORM.

A typical ORM campaign has three basic components: monitoring, reacting, and the creation of proactive strategies. The typical client using professional ORM services, such as those offered by InternetReputation.com, want their online reputations to be as spotless as possible. If there is negative content about them, the classic approach is to remove it or suppress it.

This doesn’t really work for politicians. For one thing, they are high profile public figures, and reputation attacks come with the territory. Attacks are not likely to end, as long as the politician remains in office and has political opponents.

For another thing, politicians tend to be controversial, and often court issues that place them in the news. They all have opponents, and if they want to survive in a rugged environment, they must be ready to play hardball.

Finally, in a representative government, there are journalists whose role is to hold politicians accountable. That means digging up whatever dirt there is, and putting it online.

Just as television redefined political campaigning in the 1960s, social media is redefining it today. More people than ever before have learned about the candidates and what they stand for through social networks like Facebook, Twitter and Snapchat. Their reputations may take a beating, but the candidates have figured out that the easiest way to reach the broadcast news networks or the daily paper is to put out a statement or comment on social media.

And for us ordinary people? A positive social media presence will always benefit our reputations. InternetReputation.com offers Online Reputation Management services that let you craft and promote a positive online image.