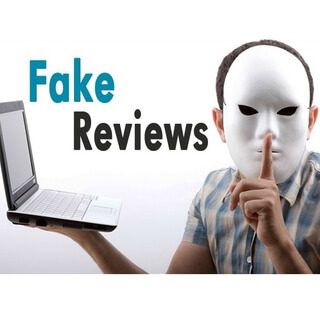 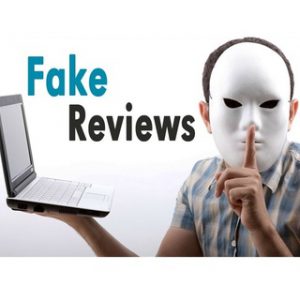 It may not seem like it now, but fake reviews can do real damage to your credibility and bottom line. Learn how to spot a fake customer review and repair the damage before it’s too late.

“People love us on Yelp.”

You’ve probably seen those signs. People love them on Yelp, and small business owners love to hang the graphic in their stores, or put one on their webpage. They’re great for business, and great for its reputation.

Yelp, of course, is only one of many customer review sites, which marketing experts say are incredibly influential. As many as eighty-eight percent of people, or nearly nine of every ten, trust online reviews as much as they do a personal recommendation.

They can, therefore, have a huge impact on revenues. But do online customer reviews tell the whole story?

To put it bluntly, a lot of online reviews are phony. Writing fake reviews is a business – illegal, to be sure, but a business nevertheless. According to The Guardian, fake reviews are being written and posted “on an almost industrial scale.” The PBS Newshour called it mind-boggling.

“We are living in the age of the inexpert opinion,” the Daily Dot’s Nicholas White told PBS. “If you can think of it, someone is offering it in both authentic and fake, fraudulent ways.”

Our blog team described how it’s done in October 2016. Most fake reviews are written by freelancers, recruited by shady, fly-by-night operations that pay small sums for short reviews.

Less often, says Yelp’s Vince Sollitto, unethical business owners “open up a consumer account and write a five-star business review of their own business and a one-star view of their competitor, and leave it at that. And we catch that, of course.”

The pressure to get online customer reviews has put some small businesses in a difficult position. A psychotherapist who wanted more patients joined a costly online referral service, which encouraged him to ask his current patients to leave him good reviews and ratings.

But psychotherapy is not an ordinary commercial transaction. “It’s a big no-no to solicit testimonials from patients,” the psychoanalyst said. “Doing so can badly interfere with the treatment relationship.”

It surprised him to learn that other psychotherapists didn’t give it a second thought. “Many if not most have ‘primed the pump’ with favorable ‘reviews,’ written by friends or family members or by the therapists themselves,” he said. “This thought makes me very queasy! But it seems to be a necessary action in the online marketplace.”

Ordinary Internet users, as we have seen, are inclined to trust online reviews like personal recommendations. How can they sort out the genuine from the fake?

The most reliable reviews are from customers who have made verified purchases. Amazon, for example, is known for checking reviews against their buyer database.

Some small businesses deserve five-star reviews – or one-star reviews, for that matter. But read those best-or-worse reviews with care. “Nobody leaves a fake three-star review,” said Nicholas White. “What would be the point?”

Real reviewers don’t usually gush, or trash. Most use moderate language, even when their reviews are stellar. Over-the-top praise or criticism is a red flag.

The descriptions in reviews can be a tip-off. “Authentic reviews provide specific information about how the item performed,” said Michelle Madhok, the founder of SheFinds.com. When reviews have a lot of jargon or model names and numbers, beware.

Read multiple reviews of the same product or service before making up your mind. If most of the reviews are less than enthusiastic, and then you see a rave, chances are the rave is a fake.

In today’s always-online world, customer reviews are more important than ever. That’s why some businesses stoop to using fakes ones. As the saying goes, buyer beware.

Most online reviews are legitimate, and the small business that gets raves deserve every one of their five stars. But if yours could be better, talk to the Internet Reputation experts about ethical ways you can get more positive reviews. We also provide Reputation Management strategies and services.