Fumble! A Story of Football and Celebrity Reputation Mismanagement 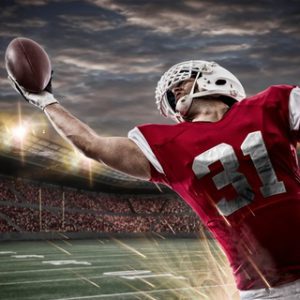 Even before he arrived at Texas A&M University to start his collegiate football career, quarterback Johnny Manziel’s gridiron prowess created such a buzz, he was nicknamed Johnny Football. He went on to set many college football records and win the Heisman Trophy as a redshirt freshman. Then he won the grand prize when the Cleveland Browns drafted him into the NFL.

But no one, it seems, told Johnny Football about Celebrity Reputation Management. For all the on-field excitement Manziel has generated, his off-the-field antics have got him even more attention, none of it good. As of mid-summer 2016, he’s a quarterback without a team. The Browns released him, and so far, no other team will touch him with a ten-foot pole.

Johnny Football has been his own worst enemy. Aided and abetted by social media, he has shredded his reputation. If he can straighten himself out, it will take some serious Celebrity Reputation Management to rebuild his image and salvage what had been a very promising career.

Celebrity Reputation Management (CRM) is a specialized form of Online Reputation Management. CRM is about tracking what’s being said about a celebrity in the online environment, and controlling the trajectory of the conversation. If something is being said that doesn’t square with the celebrity’s public image, then reputation consultants develop strategies aimed at altering the way the online conversation is headed.

Some celebrities take an active role in their CRM. But it is not without risks: Johnny Manziel’s personal tweeting, perhaps influenced by his recreational activities, has contributed to his difficulties.

Celebrities, along with their publicists and image makers, quickly recognized the potential of the Internet, and social media in particular. It became a valuable tool for promoting their brands and communicating with fans.

But it must be used with care. A fan spotted Johnny Manziel during a night of bar-hopping in Columbus, Ohio, and tweeted comments and a photo of the inebriated athlete. Manziel saw it and immediately tweeted “LOL.” He added that the fan “should have just said it to my face instead of sitting across from us tweeting away.” He added a choice insult, not suitable for quotation.

If he’d ignored the tweet it might have faded away. Instead, it snowballed. Manziel’s tweets were re-tweeted, and the celebrity news website TMZ picked it up and ran with it – ran with it, in fact, like Johnny Football on a broken play.

It may take more than just CRM for Johnny Manziel to reclaim his career. Some of those close to the embattled athlete are concerned that his personal problems run so deep, he may never bounce back. But others are confident he can get his act together. “I haven’t given up on him like a lot of people have,” said childhood friend and Detroit Lions long snapper Jimmy Landes. “I grew up with him. I know the real Johnny.”

As of this writing Johnny Manziel remains a free agent. Even if he straightens himself out and signs with another team, he faces a suspension for violating the NFL’s substance abuse policy. But plenty of athletes have re-established their careers, even after incidents that might have destroyed them. Michael Vick and Tiger Woods come immediately to mind.

It is true that the bigger they are, the harder they fall. And all too often, the public seems to enjoy the spectacle.

But America is a land of second chances, and Johnny Manziel has turned to Twitter to show he understands how serious his situatioin is.

“Made plenty of mistakes along the way, and have a lot I’d do differently,” he tweeted, not long after being cut by the Browns. “To all my family and real friends who have stuck by me…THANK YOU.”