Four Steps to Take When Something Goes Wrong on Twitter

Four Steps to Take When Something Goes Wrong on Twitter 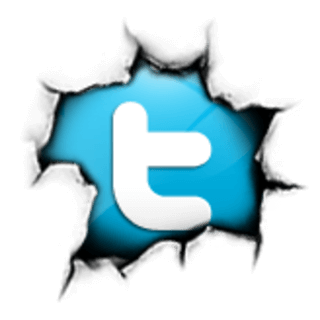 Today isn’t a great day to be Bill Cosby’s social media marketing manager. In fact, it’s likely that the person who is holding that title is having the worst day ever. Why? Because that person is responsible for a Twitter idea that might have seemed great on paper that turned out horribly in real life.

On Monday, the Cosby team asked followers to use a meme generator, applying their own words over an image of the actor. Many took the opportunity to discuss allegations of sexual misconduct, and the memes they generated were downright nasty. Media coverage on big-name sites like USA Today amplified the story, and now, those mean memes are the first thing I see when I run a search for the term “Bill Cosby.”

It’s easy enough to simply pity this poor marketing prof, but there are also real lessons we can glean from this problem. These are the takeaways that could help you to save your job, if you do something similar for a boss on social media. They could also help you to salvage the remnants of your reputation, should something you do put your own cred at risk.

We’ll call it a four-step Twitter disaster management plan. And here’s how to do it.

Step One: Block Out a Great Deal of Time.

Twitter moves fast. It moves so fast, in fact, that a Lithium Technologies survey found that 53 percent of people complaining on the site expect a response to their complaint in under an hour. When people jump on Twitter, they expect that they’ll get some kind of instantaneous response.

Which means you’ll need to sit right there, in front of your electronic device of choice, if you do something on Twitter. Whether you’re releasing an article, sharing a photo, asking a question or doing something else that others are expected to respond to, you’ll need to be right there to watch over the results.

This isn’t the sort of site you can write on and then walk away from. Instead, think of it as a conversational site. If you start talking, expect others to talk right back. And expect to invest the time in listening to what they have to say.

Chances are, when you share something on Twitter, you have some kind of idea of what you want people to do. Maybe you expect them to share your article or pass around your picture or finish a sentence you’ve started. Watch for those responses, but if you start to see things that have nothing to do with your original intent, your hackles should go up.

To wander back to Cosby, it’s likely that his media team expected to see photos with funny sayings from the actor’s career when they came up with the idea of a meme generator. When they started to see memes that had to do with drugs or alcohol or sex, that was a clear warning that things weren’t going well. As soon as you see something like that, it’s time to take action.

Step Three: Shut it Down Quickly.

If you see more than one or two responses that didn’t go as planned, and you’ve seen that the digs people take at you seem somehow funny or amusing to others, it’s time to kill the original post.

I know this can seem controversial, as though you’re letting the bad guys win. But consider this: The longer the original post stays in place, the more likely it is that others will see it and be tempted to dive in with additional hits. By taking away the original post, you take away a prompt to harm you.

A good reputation management strategy involves putting information out into the wider world on a regular basis. That’s the best way to flood the market about all of the good things you or your company has done, so you can drown out any negative data that might be hanging out there to harm you.

But if you’re using a site like Twitter to do that work and you’re getting only a bashing in return, it’s time to reevaluate your underlying strategy and look for new ways to spread the word. We can help with that. Contact us to find out more about the customized reputation management plans we offer.