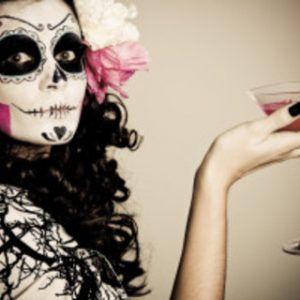 Let’s get this out of the way right now: Anyone who appears on reality television is likely to endure some kind of reputation damage. Even though the action is live and unscripted, the footage is cut, spliced, edited and changed in the production studio and the results are almost always unflattering. As a result, people who appear on shows like this almost always have some kind of explaining to do about their behavior.

However, an Arizona couple chose to double-down (and perhaps even triple-down) on the damage via social media.

The couple, the owners of Amy’s Baking Company Bakery Boutique & Bakery, participated on Gordan Ramsay’s show Kitchen Nightmares. According to a synopsis of the show produced by The Daily Beast, viewers were provided with a bunch of shocking little tidbits during the course of the show, including:

In a first for the show, Gordan Ramsay actually left the two before beginning the “rehab phase,” in which he’d help them get back on track. Some viewers were so outraged about the things they saw that they took to Yelp.com to express their displeasure. The number of comments that were negative were overwhelming, and they were often based solely on the television show. This is a blatant violation of the rules of Yelp, as reviews are only allowed by people who actually participate in the businesses they write about.

The owners of the company could have written directly to the owners of Yelp in order to get those fraudulent comments removed, but instead, they chose to go directly to social media in order to fight for their companies. Much of the writing they produced is unprintable here, because it’s laden with profanities. It went on and on and those comments have been republished in a variety of places. Even the Huffington Post called the comments “insane.” The owners of the company responded by releasing a statement that they were hacked and that their comments weren’t written by the owners of the company at all. Unfortunately, the “cleaned up” social media sites contain much of the same language in the same all caps format, according to ZDNet.

It’s the consensus of most social media experts that the owners of the company weren’t really hacked at all, but that they’re blaming others for the mistakes they continue to make.

There are a lot of lessons to be learned from this little episode. The first is, obviously, that participating in reality television is always a bad idea. Secondly, when poor reviews show up on sites like Yelp, business owners should take a deep breath and hire an expert. These people can separate emotion from reaction, and they can clean up a mess without making it worse. This is just the kind of help a business is crisis needs. Finally, if you do rant and rave on social media, don’t blame hackers. The truth will always come out.