Cute Convict Gets Tough: The Florida Mugshot Lawsuit She Just Might Win 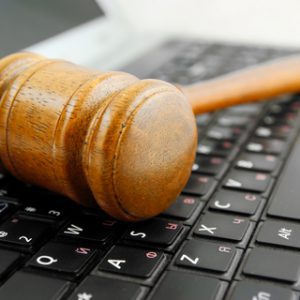 If I asked you who Meagan Simmons was, you probably wouldn’t be able to answer. But, chances are that you’ve seen her photo hundreds of times. That’s because she took a rather infamous mugshot in 2010 in which she looks a little sultry, sexy and dangerous. It’s the face that spawned a thousand memes, and it’s often used as the go-to image for mugshot website advertisements.

You’re drawn to that face, and the administrators hope you’ll follow your gaze to their sites to see other so-called “hot convicts.”

This has been going on for years, and Simmons has been pretty tolerant of the whole affair. In fact, she’s given sly little interviews in which she suggests that the attention is a little flattering, and it seemed to me that she was making the most of a terrible situation. I had high hopes that she’d be able to turn this debacle into a modeling career, and give me a rare opportunity to discuss a case in which a mugshot was helpful and not harmful (which would be rare, as my typical mugshot blog post tends to be harsh).

But recently, Simmons discovered that a different type of company was using her mugshot in an advertisement, and for some reason, this alternate use compelled her to get a lawyer. It’s an interesting case, and if you’re dealing with mugshots, it might be a case you should follow closely.

According to an article published in the Tampa Bay Times, the lawsuit was filled in Hillsborough County, Florida, and the target of the suit is InstantCheckmate.com. This company used the Simmons mugshot in a series of advertisements that ran with this tagline: “Sometimes, the cute ones aren’t so innocent.”

Simmons claims that she wasn’t notified of the use of the photo in advance, and that she wasn’t paid for her participation. Since the ads were used for commercial purposes, she feels that the use of her photograph violates Florida laws.

It’s an interesting argument, and some legal experts seem to think that Simmons has a case here. InstantCheckmate.com is a commercial company that exists in order to make money. It used her image to make money, and the company didn’t notify her or compensate her. A quick breeze through Florida laws, as interpreted by the Digital Media Law Project, seems to suggest that this kind of activity is certainly illegal as these laws prohibit companies from using a person’s name or likeness for commercial purposes.

Typically, when cases like this hit the courts, people sue because their photos appear on mugshot websites. They feel as though their privacy has been violated, and they’d like the administrators of these sites to take the photos down so they can move forward without facing constant, agonizing attention over an event that took place quite some time ago. I’ve written about these cases many times (see one example here), and often, I’m forced to point out that these cases have little merit. Mugshots are part of the public record, in most states, so suing seems a little like an exercise in futility. You don’t own the shot, so you can’t control where it’s placed.

But this case hinges on the issue of a person’s identity. The lawyers are suggesting here that the mugshot is being used in a commercial enterprise (an advertisement), and since it contains her image, it’s in direct violation of the law. Her image is hers, according to these lawyers, whether or not it appears in a public photo or in the private sector. She owns her images, and they can’t be used for commercial purposes without her permission.

This makes me wonder if the advertisements that mugshot websites use might also be illegal. Those little ads that run alongside most articles online also contain images, and the mugshot sites also make money with each click (particularly if the sites accept third-party advertisements on their own sites). Couldn’t the same technique be applied to take down a mugshot website that uses ads?

And further, couldn’t the entire mugshot industry be considered guilty by this reasoning? If a mugshot website makes money by putting up photographs of people who are arrested, and charging fees for those photos to be removed, isn’t that the use of a person’s image for commercial gain? If Simmons wins this case, I fully expect to see hundreds of thousands of followup cases that follow this logic.

If you’re hoping that this case will help you with a mugshot problem that’s already in progress, I have bad news for you. Cases like this can take months or even years to resolve, as the loser of the case typically has the opportunity to appeal the verdict. As the case stretches on, fighting can become very expensive, and it’s not uncommon for people to spend hundreds of thousands of dollars on fights that they didn’t win. I’m glad some people do hire lawyers and fight back through the proper channels, as these steps just might put mugshot websites out of business for good, but it really isn’t the right approach for everyone.

It might not even be feasible for everyone. If you can’t hire a lawyer, you might be tempted to go to the mugshot sites directly and pay a fee to get your photos removed.

But, recent changes to the mugshot business model (spurred by this piece in the New York Times) have made it difficult to work directly with some mugshot sites. Some sites are no longer accepting payments in order to remove mugshots, simply because they no longer have a working relationship with any bank or credit card company.

That’s why we continue to offer fast, affordable mugshot removal options. With our help, you can remove a mugshot in just minutes, so it won’t be available for companies like InstantCheckmate.com to use in any kind of advertisement. Find out more about that here.