Beyond the Boardroom: Why Corporate Executives Need Online Reputation Management

Beyond the Boardroom: Why Corporate Executives Need Online Reputation Management 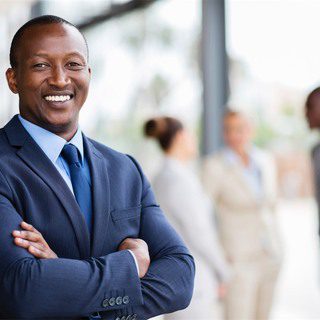 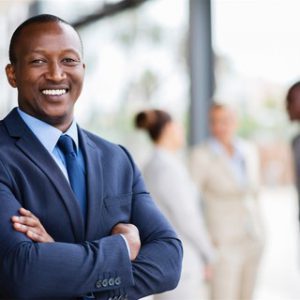 Whether they like it or not, top corporate executives often become celebrities. Some even embrace the role and become household names, including such notable magnates as Steve Jobs with Apple and Mark Zuckerberg with Facebook.

As industry leaders, C-level executives are constantly under a microscope. Their lives are scrutinized as closely as politicians or movie stars, and just about everything they might do or say becomes public knowledge: the good, the bad, and even the ordinary. When something goes wrong for a high-ranking corporate executive, it can directly impact his or her company, so the need for corporate honchos to stay on top of their Online Reputation Management is imperative. For them, ORM is not just some trendy buzzword.

Online Reputation Management is important for just about everyone, in this ultra-wired modern world. But for top executives, the stakes are higher than for most.

Google the name of just about any corporate leader and you’re likely to come across something unflattering, even if they haven’t done anything wrong. Consider the case of then-Target CEO Gregg Steinhafel. He was not personally responsible for the Target data breach in late 2013, but he took a lot of heat for the breach that affected some seventy million Target customers.

“We are not going to sleep until we get it right, and we regain the trust of our guests,” Steinhafel said, just after the breach became public knowledge. “And we’re going to be better as a result of this.” But the damage was done; the reputations of both Target and its CEO suffered.

The apology wasn’t enough to save him; Steinhafel was forced to resign a few months later. And long afterward, he is still paying the price. Thanks to Google and its infinite thoroughness, Gregg Steinhafel’s online reputation is forever linked to the Target data breach.

Can’t You Just Keep Your Head Down?

It used to be enough for corporate executives to maintain a low public profile. Staying out of the public eye as much as possible allowed them to avoid scrutiny and do their jobs.

Thanks to the Internet, that is no longer possible. A top executive might be the subject of an article, an online discussion, or even speculation on such trivial matters as personal appearance.

And so it is critical for modern executives to actively manage their online reputations. When it’s done right, proactive ORM can minimize the effects of any negative or false content that shows up online; it’s a take-charge approach that reinforces credibility.

And positive ORM goes a long way toward establishing trust and credibility with the public and the media – and just as importantly, with shareholders.

Corporate executives have the right to shape their image and present themselves online in the most accurate and flattering way possible, just like anyone else. The sharpest understand that the first page of Google results is their most important consideration: Google is by far the most-used search engine in the United States, and studies show most of its users don’t go beyond the first page of search results.

That means if you want to reach customers with your message, aim for that first page. And if you want to hide something negative, it’s imperative to get it off the first page. Page one search results got ninety-two percent of traffic resulting from a search, according to a 2013 Chitika study.

And there is a dramatic drop-off in traffic by page two. This is perhaps the most fundamental lesson of Online Reputation Management.

The most effective way for executives to protect their online reputations is to use a proactive, multi-step strategy. It should be viewed as a cost of doing business. The vast majority of the buying public, after all, considers the reputation of a company and its leaders before we buy their products.

“Ninety percent of customers say they let positive online reviews impact their purchasing decisions,” wrote Logan Chierotti, the co-founder and former COO of InternetReputation.com. “And eighty-six percent decided not to do business with a company because of negative reviews.”

Tools like Trackur, Naymz and Brandseye do the heavy lifting for you. SocialMention and Google Advanced Search are also useful, and free. When any of these tools find mentions of you, rank them in order of importance. Respond to the positive mentions ASAP. With the negative mentions, carefully weigh the pros and cons of a response. Sometimes, it’s best to ignore them.

Charismatic executives can also turn to YouTube to get their message out.

If, in spite of your best efforts, the online reputations of you, your company, or its other executives are taking a hit, you can always turn to the professionals. The expert team at InternetReputation.com provides Online Reputation Management services to provide you with the positive online reputation you need.