A Crisis in Trust: Why the Oil and Gas Industry Needs Online Reputation Management 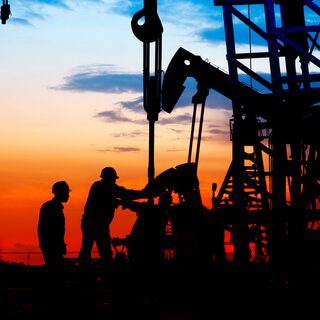 The most valuable commodity in business, they say, is trust.

But there are a lot of businesses that we, the general public, do not trust. We don’t trust the automotive industry. We don’t trust the electric or water utilities. We have grave doubts about the banking industry, and the packaged foods industry certainly raises an eyebrow.

There’s actually a list of industries with bad reputations, and really low levels of public trust. Way down on that list – not at the very bottom, but awfully close – we find the oil and gas industry. Google “oil and gas reputation” and you’ll find the negative results. Only mining has a less favorable reputation.

“The petroleum industry does have a public perception problem,” concedes Sara Edman, a manager of corporate public policy at ConocoPhillips. “We live in a Twitter world where 24-hour news lets anyone be a critic.”

Some of these trust issues, however, can be alleviated with proper Online Reputation Management (ORM).

In many ways, oil and gas companies have been their own worst enemy. “The industry has had memorable performance problems,” says Edman. “The Santa Barbara oil spill in 1969, the Piper Alpha platform explosion in 1988, the Exxon Valdez oil spill in 1989, and the Macondo blowout in 2010, to name a few.”

The industry’s poor response to these disasters, she explains, has done little to calm public concerns. When you factor in public distrust over fracking, with the American public equally divided over the issue, the seriousness of the industry’s reputation problem comes sharply into focus.

The petroleum industry needs to be seen as part of the solution instead of the problem. The Global Agenda Council on the Future of Oil and Gas advanced that idea in a report issued in April of 2016. And the solutions, the council said, must start from within. Oil and gas companies must “address the serious trust challenges created by the failures of the worst among its ranks.” And that means better reputation management.

Sara Edman says the oil and gas industry’s reputation management is getting results. “The effort to share information about what it does to protect the environment, pay taxes, and create jobs is beginning to resonate with the public and our reputation is improving,” she wrote.

But she says things could always be better. “We must learn to listen first, understand issues and concerns, then respond by sharing facts, doing additional research, reporting progress, and continuously improving.”

“In the age of YouTube,” says Maureen Upton, “a few seconds of video footage from the anti-fracking film Gasland was enough to turn the minds of countless stakeholders, including US Senators, against hydraulic fracturing even when properly managed and regulated.” And that, she says, illustrates the tremendous power of both video and social media.

YouTube video has a global reach and can have an enormous emotional impact. But oil and gas companies, for some reason, have been slow to seize it as a weapon.

“When companies choose not to explain their activities and address community concerns, they allow their critics to articulate their reputation and even their identity,” Upton said.

There is no way the oil and gas companies can keep a low profile, she continued, and ignoring social media was a mistake. The risks are far outweighed by the benefits of winning greater public support.

“In today’s digital age,” Upton writes, “social media tools are one of the leading methods to achieve this.”

The Need for Oil and Gas Reputation Management

Oil companies, Gayidova cautions, must not underestimate the power of Online Reputation Management as a powerful way to improve their public image.

ConocoPhillips’ Sara Edman adds that Online Reputation Management by the oil industry may be just what the doctor ordered – but there’s a catch. “Our industry’s ability to operate relies upon our performance and the public’s perception.”

In other words, if the industry doesn’t deliver on its promises, it will only make things worse.

One quick snapshot illustrates the point. The Macondo blowout Edman referred to, better known as the 2010 BP oil spill, is widely viewed as the worst environmental disaster in United States history. Eleven oil workers were killed, and between 3.1 and 4.2 million barrels of oil were dumped into the Gulf (BP disputes that higher number).

A spokesman for the American Petroleum Institute, however, criticized the new rules even before they were officially announced. “The Well Control Rule will affect offshore energy projects for years to come,” said Erik Milito. “The flaws in the rule could lead to increased risks and decreased safety in offshore operations.”

Sara Edman, meanwhile, understands the power of Online Reputation Management. And the answer to the oil industry’s reputation problem, she says, lies in accentuating the positive.

“Genuine and respectful curiosity, patience, performance, and proactive behavior can humanize our industry and improve public perception,” Edman says. “We do live in a new world where there is little tolerance for error. Wouldn’t it be great to have a video go viral about our industry creating a million jobs in five years, without an environmental incident? I’d like to Tweet that.”

InternetReputation.com is the industry leader in Online Reputation Management. If your business needs professional ORM services, our team can provide the expertise you need to improve your public image and enhance your bottom line.