5 Ways to Keep Halloween from Murdering Your Online Reputation 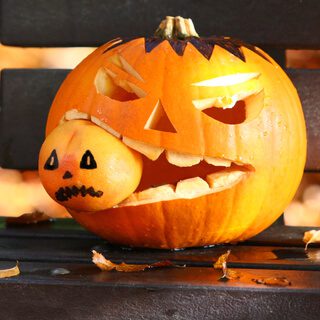 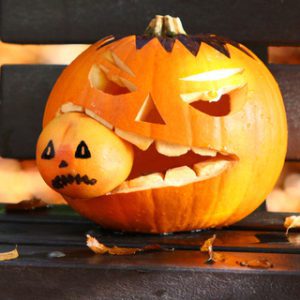 Halloween is the one day of the year when I can let my freak flag fly. In fact, if you walk by my house in the weeks leading up to Halloween, the air will be lightly scented with the smell of hot glue as I furiously work on my costume.

Thankfully, I’m not alone in my love for this holiday, as the National Retail Federation (NRF) suggests that adults in America spend $75 apiece on ghoulish celebrations, and furthermore, NRF suggests that 18.1 percent of adults are planning to make their own costumes this year. Stats like this make my heart happy.

Unfortunately, I must also throw a little cold water on the festivities, as Halloween is one of the most dangerous nights in terms of reputation management. Specifically, the toxic mixture of alcohol, homemade Halloween costumes, cameras and social media could lead to the downfall of a stellar reputation in no time at all.

Here are just 5 ways you could turn Halloween into a ghost story involving your reputation, along with some tips you can use if your festivities have already taken a turn for the worse.

1. Pulling together an inappropriate costume.

There are a number of Halloween costume no-nos that could get you into hot water, including getups that involve:

Some of these Halloween costume ideas seem hilarious at home, and your friends might know you for your kindness and good deeds, so they might know that your outfit comes from a place of humor.

But, if you saw a photo of me decked out in full Native American regalia with an arrow between my teeth (which you will not find, by the way, because I have never dressed like this), what would you think? I wouldn’t blame you if you thought I was being flip or offensive. If you didn’t know anything about me, you might assume that I was downright racist.

In general, it’s best to avoid any costume ideas that might be considered innovative or edgy or strangely amusing. Stick with the conventional, the easily understood and the tactful. Your reputation will thank you.

2. Showing up in a photo with someone else wearing an inappropriate costume.

If you dress up in a spectacularly lovely costume that won’t offend anyone at all, you might not be out of the reputation woods. Just agreeing to pose in a photograph with someone else that has made a poor costume choice could be enough to get you in hot water.

Don’t believe me? Check out this entry containing Instagram photos of offensive costumes, and count the number of innocent bystanders that were caught in the crossfire. Admittedly, most people who agree to pose in photographs with others in outlandish costumes are somehow contributing to the silliness with the things they’re wearing. But there are enough photos on here to give a person pause.

If someone near you is wearing something weird and wild, refuse to pose. It’s just that simple. (I find that expressing a desperate need to either get a drink or go to the bathroom makes the camera holders relent, but holding up a hand in photos also works well.)

3. Dressing up your children in tasteless costumes.

Modern bloggers suggest that children able to talk should be allowed to use their voices to describe the costumes they’d like to wear. I like this idea, as little kids might not suggest a costume that contains anything overtly sexual or political (and if they do, they might be distracted easily by something bright and shiny).

However, some parents choose to look at their kids as a blank canvas upon which to write their creativity, and sometimes, those costumes become the subject of snarky photo collections of inappropriate Halloween costumes.

Parents can be a judgmental bunch, and they’re not above pointing fingers and placing blame when they see photos of kids that contain something unseemly. In general, it’s best to avoid anything too controversial when little bodies are involved in the process, so these bloggers have less to attack.

4. Using your pets to express a human concept.

Dog owners are even more judgmental than parents, and some bloggers are adamantly opposed to any kind of costume appearing on any kind of dog, no matter if the dog seems to enjoy the costume or the attention a costume can bring.

Full disclosure time: I dress my dogs up on Halloween, and I write blog entries about their costumes. They like it, the costumes don’t harm them, and they enjoy the attention. However, I have endured several snarky comments on social media about the practice, including sentences that start with the words “It’s people like you that…”

If I’d dressed my dog as Hitler or President Barack Obama or Trayvon Martin, I’m certain the comments would have been much more offensive. And if I’d responded to those comments with snark of my own, I’d have a huge mess to clean up in no time at all.

If your dog likes to wear a costume and isn’t in danger of being wounded or harmed by the getup, and you’re prepared to take a little ribbing, costumes of a tasteful nature should be fine. But consider yourself warned.

5. Commenting on, or “liking,” any of the above on social media.

At this point, many of the warnings I’ve outlined have concerned events in which you might be an active participant, either appearing in a costume, dressing someone or something in a costume, or standing next to someone in a costume. The dangers don’t end there, however, as just commenting on a photo or hitting the “like” button could get you in hot water.

If you claim to like a photo of a person dressed like an anorexic, doesn’t this imply insensitivity on your part? Your employer might think so, as might the pretty lady you hoped to take on a date in a week or two. A “like” is the same as a tacit statement of approval or understanding, and that could be enough to ruin you.

There are some reasons to be optimistic on this score, as a federal appeals court recently suggested that a “like” is a protected form of speech, but those protections can’t help to protect you from the opinions of others. They’ll think less of you, and there’s little you can do about that.

There’s no need to be strident and block or condemn those images that you know are offensive (unless you’d like to do so). Just being silent could be enough to keep you safe.

Be Safe, Not Spooked

There’s a lot of information in this article, and I have no intention of being a killjoy. As I mentioned, I absolutely love Halloween and I fully plan to dress up, dress my dogs up and celebrate in style.

But I also hate to see people ruin their reputations with a few moments of ill-advised hilarity. So I’ll beg all of you to be careful out there. And if you’re not, remember that we’re here to help you clean up and get back on track. Happy haunting!