5 Ways to Handle a Cyber Bully and Repair Your Reputation 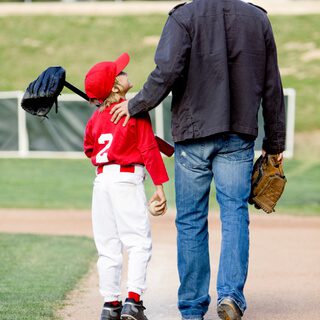 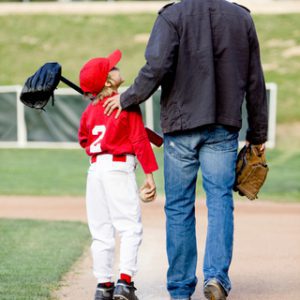 Last week, a former baseball player knocked my socks off, and I don’t even like sports. How did he do it? By serving up revenge by tweet.

Apparently, this man wrote up a tweet of pride when his daughter was accepted into college. In response, a group of people wrote some incredibly nasty things about this man’s daughter. The athlete’s response was epic, and it’s worth a read. Others did, and many of the bullies lost their jobs (seriously).

It’s a little wonderful, but it got me to thinking. What would have happened if this situation involved a not famous person and a not famous daughter? Would an amateur dad have to accept the bullying?

Apparently not. In fact, if you’ve been a target of a bully, there are all kinds of things you can do in order to fight back and prevent endless reputation damage.

Here are my ideas.

Almost every single social media site out there gives you some kind of control. Don’t like one or even a hundred of the estimated 288 million active monthly Twitter users? Block them. Don’t like a former Facebook friend? Hit that “unlike” button.

There’s no reason to believe that someone who has attacked you once won’t do the same again. You won’t be able to persuade them to change, so don’t try. Just block them from reaching out to you.

2. Parse the messages for illegal activity.

Some cyber bullies are simply unpleasant, and they say things that irritate and annoy. Others say things that cross the line and become dangerous and/or illegal, not just annoying. When that happens, you’ll need to report the messages. That could help you to protect a future victim from a bully’s bile.

This Facebook page provides a great deal of information on how you can report a variety of problems, from posts to photos to messages. Bookmark that page and report content that you know is coming from a bully. There’s no penalty for filing multiple reports, so send each example you have to the Facebook authorities.

This Twitter page provides similar information on how to report abusive tweets. Again, there’s no penalty involved with filing multiple reports, so use this page at will to report each and every piece of content that violates your sense of personal safety or your reputation.

If the content is truly vile and it makes you worried about your life or your safety, do contact your local police department. The laws concerning bullying can vary from state to state, so it’s hard to say with authority what those officers will do with a bullying report. But, reaching out is your right as a citizen, and it could help you to fight back against a very real bully threat. If you’re worried, file a report.

Once you’ve blocked and reported, you might be tempted to delete those little messages, so you’ll never have to see their vile contents again. But, in some cases, authority figures will want to see copies of the abuse, and printouts might not be good enough. As a result, you must keep those notes. When you see them, just remember that you’re holding them as part of an elaborate revenge scheme. That might make you feel a little more powerful and a little less victimized.

Once you’ve blocked a bully from reaching out to you, get ready for the tactic shift. It’s not at all unusual for bullies to sign up for fake accounts, so they can connect with you and ping you again with more hateful messages.

As a bully victim, you’ll need to choose your friends carefully. Connect with those you know and ignore the others. Lock down your accounts for a few days, so you can’t even get new friend requests. And watch activity like a hawk, in case your bully decides to come back for more.

If all goes well, you’ll be free of a bully in just a few days, and you can lift the veil of secrecy and go back into a public mode. But until then, it’s best to fly under the radar.

5. Kick up your prevention techniques.

Any of these tools can help to bolster your reputation, and you should use all of them when you’re under attack by a bully. Get out there and discuss your good points, or the bully will do that work for you.

If you need help creating content for these outlets, we’d like to help. In fact, we have a whole army of professionals who would love to chat about your good bits. Contact us for an assessment and price quote. We’d love to get started!