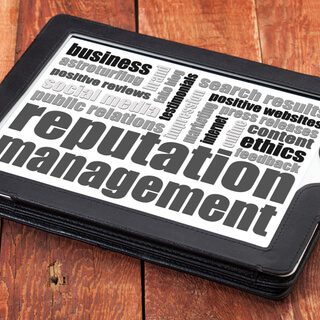 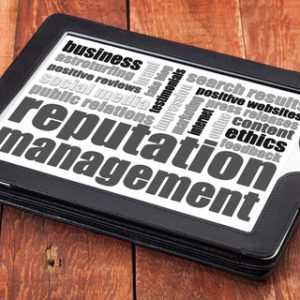 If you’re handling reputation management tasks every single day, take a moment to pat yourself on the back. Your hard work is bound to help you look better online, so you can get the connections and the opportunities you want. But there is one note of caution here.Some of the actions you’re taking online could harm your reputation, rather than helping it.

That’s right: A few of the things you’re doing online could be creating big problems that you’ll have to fix down the line.

Here are 5 things to stay away from.

The scenario: Your reputation management problem stems from one angry customer or one irate ex-friend who has written up long attacks about you and your character on public websites, like Yelp. You’re tempted to fight back by writing up your own, equally nasty, post that explains your point of view.

Why this is a bad idea: There are all sorts of people that think it’s best to fight fire with fire. In fact, in March of this year, some restaurant owners in New York were hailed by a number of magazines for the nasty things they said in response to Yelp reviews. But here’s the thing. Writing a nasty response to a nasty review makes you look (not surprisingly) nasty. That’s especially true if the person writing the original review or blog post has a valid point to share.

What to do instead: Look over the attack carefully, and see if there’s anything included that is a valid complaint. If so, apologize and try to make it right. If not, address the issue respectfully, carefully and calmly. Don’t stoop to the level of attack by pointing out the reviewer’s credibility lapses. Just state your point of view and move on.

The scenario: Your attack spans several websites, and it’s begun to spiral out of control. Rather than addressing each attack on the website in which it appears, it seems reasonable to write up one blanket response to everyone and promote the heck out of that one post.

Why this is a bad idea: One simple mea culpa post is probably not going to solve an in-depth and spreading reputation management problem. It might not get read by everyone who has seen the attack, and it might not address every single issue that’s contained in a large-scale attack.

Also, it’s hard to write a mea culpa in such a way that it makes you look good. I’ve seen just a handful of posts that seem helpful (here’s one example), and typically, they’re written years after the fact. When you’re under attack, right now, it’s easy to get defensive and snarky. Posts like that do your reputation much more harm than good.

What to do instead: Handle some attacks where they appear. If you have an opportunity to address a negative review on Yelp, do that. If someone attacks you in the comments section of a blog, respond to that comment in the blog post comment section, too. That way, anyone who stumbles across the attack will have an opportunity to see your side of the story, too.

When you can’t comment in the same place, build up a firewall of great content that’s positive, informative and inspirational. You don’t have to write a snarky, upset, long-form apology. Instead, write up a blog post about what you’re doing now or how you’re trying to improve right now. Look for ways to make your experience universal. Try to craft content that people will want to read, even if they don’t know about the attack.

Why is this important? Because content that’s universally valuable gets clicked on and read. And that’s the kind of content that moves up in a Google search. Write content like this on a consistent basis, and an attack will be much less likely to stick.

The scenario: You’ve been told that you’re a little stiff and unlikable. Your attackers suggest that there are just no people out there that want to hang with you, so posting photos of you cutting loose seem like a smart idea.

What to do instead: Post photos of you with friends, by all means. But keep the drinks out of the shots.

Jokes (even if you think they’re funny)

The scenario: You’ve been accused of seriousness. Your attackers suggest that you’re humorless and stiff. You’d like to prove them wrong by sharing a joke or two.

Why this is a bad idea: Humor is 100 percent personal. What you find funny, others may find either offensive or just plain strange, and you could be in hot water for the jokes you make. Just ask this stockbroker that sent out a joke via Twitter about hitting a cyclist with his car. He lost his job over that joke.

What to do instead: Look for ways to highlight why your serious nature is a benefit to your family, your community or your employer. Write up blog posts about why people with your job need to be alert most of the time, or share social media posts about why you’re passionate (and serious) about a cause you support. Look for ways to spin, and you’ll be in better reputation shape.

The scenario: You know you should be posting more often, but you’re not sure what you should talk about. Current events seem ideal, because you can touch on something happening in the community and get a little traffic for yourself.

Why this is a bad idea: Talking about something that’s contentious could allow you to take a stance others don’t approve of, and the consequences could be severe. For example, a woman in Texas created a

in response to a viral video of police action at a pool party. Given her hashtag choices, she knew this wasn’t a great post to write, but she posted those ideas anyway. Her ideas were unpopular, and she got fired.

What to do instead: It may not be exciting to find ways to talk about your job or your community or your hobbies, but those are good topics to discuss in your blog and social media posts. They’re not controversial, and they tell people a lot about your passions. Stick to those topics and steer clear of the rest.

Want to see where those attacks are coming from? We have you covered. Use our review management tool to spot new issues as they unfold, so you can handle each attack before it grows. Click here to get started.