5 Reasons Guest Blogging Could Save Your Reputation 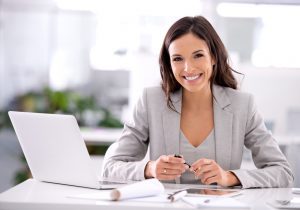 If you’ve read even one article about guest blogging that was written in 2014, it’s likely that you believe the practice isn’t worth your time.

That’s because Matt Cutts, a top Google employee at the time, wrote an influential blog post in January of 2014 in which he said that the practice was typically associated with spam, and that it was something reputable companies should stop doing.

Many of them did just that, and they stopped either accepting or writing guest posts. Bloggers went wild writing about that big change.

But you know what? Guest blogging is far from a spam tactic for the average person with a reputation problem. In fact, I think that guest posts remain one of the very best ways to take charge of an online conversation and build a stellar reputation in return.

If my bold statement doesn’t convince you, these five great reasons might. Here goes.

When it comes to reputation management, it’s vital for you to be an expert on yourself and your good qualities. You want to be the one who does the talking about you. If you let others carry the microphone at all times, they’ll choose what they will and will not say. And often, they’ll say things that don’t flatter you.

2. Keyword dominance could be yours.

While internet reputation problems often seem personal, as though people are just attacking you from all sides for no reason, effective campaigns are built using easy-to-understand tools.

For example, they often center on specific keywords. There might be one little phrase out there that an enemy of yours has attached to your name, and try as you might, you can’t get that phrase away from your name. Every time people run a search for you, they’re provided with articles that are stuffed with that nasty phrase.

A guest post can help you in one of two ways:

The keywords you use in your guest posts should also appear on your own website. But your articles can be linked in other ways, too. In fact, most guest blogging sites allow you to link to your own website in your biography, which appears beneath each and every post you write.

Think about how that link could help your website to get seen. That’s vital, as articles like this one from QuickSprout suggest that the only way to really get a blog seen is to pay, and pay a lot. (The blog suggests that QuickSprout spends about $20,000 per month on the website alone. Ouch! Few individuals have this kind of cash to toss around.) If you can get a link through a blog that takes you only a few hours to write, that might be a less expensive way to boost your exposure.

That work might be invisible to the reader, but even so, when your words run under the name of another company or another editor, it works a bit like a vote of confidence. You’re not just writing on your own channel, saying anything you’d like to say. Instead, you’re saying something that another party agrees with and approves of.

When you’re handling a reputation problem, every sign of approval is good for you.

5. Your message could reach a whole new audience.

High-functioning blogs can get thousands of visitors every month. For example, a marketing blog written by an expert in the field, who has been writing on said blog for many years, claimed in 2013 that he got 25,000 unique visitors on his blog during a typical month. That’s a huge influx of readers.

Chances are, though, that your blog might not get nearly as much traffic. In fact, a Copyblogger article suggests that you might only get 60 to 120 views per day, and that’s only if you’ve been blogging for about 2 years.

It takes time to build up an audience, and until you spend that time, your readers might be made up of those you know through:

Breaking out of that circle is hard, unless you write guest posts. You’ll borrow the audience of readers that follow the other blog, and you’ll get your message out there to them. That’s exposure that could really help you down the line.

Clearly, guest blogging is a great technique for anyone with a reputation management problem to tackle. But if you’re not a writer, don’t worry. We have a staff of writers who can work with you to develop in-depth content. We can coach you, advise you and help you to get the results you want. Click here to find out more about the plans we offer.