5 Key Things You Should Know About Ripoff Report 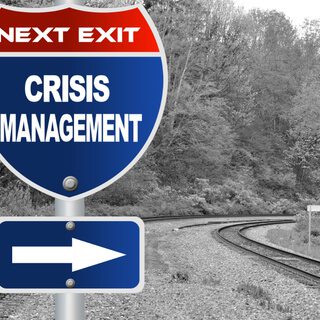 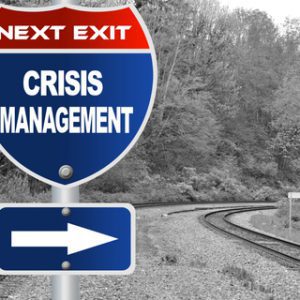 Pulling together a comprehensive, trusted, effective reputation management plan means knowing who your enemies are and what tools they might use in an attack against you. That means you absolutely, positively must know the ins and outs of Ripoff Report. In our experience, this is Stop #1 for people hoping to launch a reputation attack. And, it’s also one of the most misunderstood sites on the web today.

Here’s what you should know about the site in order to stay safe.

Ripoff Report looks amateurish and hokey. The graphics are small, the headlines are repetitive and the grammar inside most posts leaves a lot to be desired. If you’re just skimming through the site after an attack, you might walk away feeling like you’re safe and secure. You might think no one will look at this data and believe anything that’s written.

Ripoff Report relies on information provided by readers, and it’s clear that the editors don’t do much in the way of cleaning up raw text. It’s also clear that the site was designed years ago and it could use a refresh.

But when organizations want to do deep research on issues involving credibility and customer satisfaction, they almost always head to Ripoff Report first.

For example, when a local ABC affiliate news station wanted to pull together a report about a company that may have been selling fraudulent goods, they headed to Ripoff Report to search for complaints. You saw that right. When they wanted data about satisfaction that they could trust, the reporters went to Ripoff Report. Clearly, this isn’t a site that can be ignored, in terms of reputation attacks. Outsiders seem to trust the data they find there, and that could lead to disaster for you, as the information people see about you might be information they think they can trust.

We live in a litigious society in which almost every single problem we face seems solvable with a lawsuit. But, Ripoff Report is a little different. In case after case, the administrators of this site have faced angry users about the use of the site and the information shown there. And in most cases, the lawyers for Ripoff Report have leaned on free speech laws to protect their information, and they’ve won those cases (see an in-depth analysis of that on Moz).

Laws involving free speech are near and dear to Americans, as it’s those laws that allow us to have open discussions about what we like and what we dislike. By positioning information on Ripoff Report as proof of free speech, the site administrators have almost 100 percent certainty that they’ll be around for years, if not decades, to come.

And every month, new laws march through legislative sessions that could protect free speech yet more. In the 2015/2016 session of Congress, for example, there’s a bill that’s designed to protect the rights of people writing on sites like Ripoff Report. The bill is made to ensure that a writer can’t get sued for sharing an opinion, even if that opinion is damaging to the livelihood of the business owner. These sorts of laws will keep people working on Ripoff Report, regardless of how you might feel about the things they have to say.

While some attacks you might see on Ripoff Report stem from misunderstandings or misconceptions about a product, a service or a deal, there are some reports that are downright fraudulent, and there’s no real effort on behalf of the editors of the site to get the basic facts straight.

Anyone with a bit of time to spare can write up a report on the site, and that report could say almost anything. There’s no need to provide supporting documents, witness accounts or other forms of proof for the statements made. People can just log on and start writing. The site relies on the victims of the account to keep a close eye on the results and speak up if something seems amiss.

This sort of attack happens all the time. That’s just what happened to a man profiled by the website Corporate Counsel. He was attacked falsely first via press release, and then the attack moved to Ripoff Report. The data just doesn’t have to be true in order for the attack to stick.

4. Posts do well on Google.

Ripoff Report attacks are so devastating, in part, because the posts tend to do well on Google. That could be due, in part, to the way the posts appear when they’ve been through the site’s publishing process.

While site administrators may not clean up body copy, something interesting is happening with post headlines. Most include a few key things, including:

– The location of the business or the person under attack

– Variations on the name of the person or the business

The headlines may not make a lot of sense to a casual reader, but they’re stuffed with all sorts of Google juice. The search engine will know exactly what person or business the review is about, and just what sort of content is on the page, with a nonsense headline like this. It’s just packed with keywords.

The value of keywords is up for debate among search engine marketing experts, but most agree that keywords in headlines are still vital for Google. The search engine needs those pieces of content in order to deliver accurate results, and sites that keyword right tend to do better than sites that don’t. In this keyword game, Ripoff Report really rules.

While an attack on Ripoff Report can be devastating and demoralizing, there are a number of really great options you can use in order to fight back. And we can help. We can create a rebuttal response on the site for you, so you can argue your side of things point by point. Or, we can just delete the review altogether, so no one will ever see it. And we can use SEO techniques to bury these sorts of attacks, so they won’t have the ability to do so much harm in the future. Just contact us and we’ll tell you more.